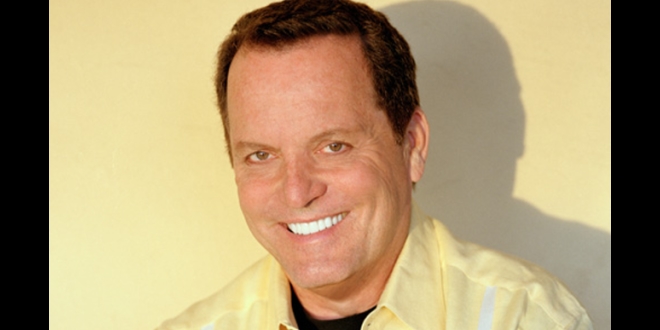 David Lee is a nine-time Emmy award-winning director, producer, and writer. He wrote and produced The Jeffersons and Cheers, and co-created, wrote and directed Wings and Frasier. David also has many live theatre credits. He lives in Palm Springs where he’s active in local philanthropic endeavors.

David, you have such a stunning biography. And with your work on the award-winning comedy series, Cheers and Frasier, you’ve arguably helped shape the modern American pop-cultural landscape. Did you always know you wanted to be in arts and entertainment?

Pretty much. I have a vague recollection of writing a letter to Walt Disney offering my services should he be looking for a seven year old for his next project. I have a very clear memory of watching the 1st national tour of “My Fair Lady” and exclaiming to my parents “I want to do THAT!” I was ten at the time.

You are not only a director and producer, but a writer as well. What has your favorite project been to-date and why?

You mean which one of my children do I like best? “Wings” was the first born.  Always a special spot for it. “Frasier” was the smartest and the over achiever.  It was like doing a Noel Coward play every week for eleven years. In the theater I have had many great times, but the production of “South Pacific” I directed at the Hollywood Bowl with Reba MacEntire and Brian Stokes Mitchell stands out as an almost otherworldly experience.

Frasier is one of my all-time shows–it’s very much my preferred brand of humor. Please tell us a little bit about how that show came to be created as well as any highlights of your time working on Frasier.

During the last season of “Cheers” Kelsey Grammar approached my partners and me about creating a series for him. We had always thought him amazingly talented so we agreed. Although we didn’t want to do a spin-off of “Cheers” at first, wiser heads prevailed. We had toyed with a story on “Cheers” making Frasier a radio psychologist but nothing ever came of it. As we developed the situation for “Frasier” though, it kept feeling a lot like “WKRP in Cincinnati.” About that time my father had a stroke and I faced what many other boomers were facing—the realization that I had to become the caretaker of a parent. Could Frasier maybe face the same thing?  I pitched the idea to my partners, they loved it, and we were off. From that point things fell together with amazing ease-writing, casting, network support, critical and popular reception–something extremely rare in the world of TV.

The highlight had to be the day we accepted the Peabody Award in New York City. For those who don’t know, the Peabody is like the Pulitzer Prize in television. We went to the luncheon (the other honorees were Barbra Streisand and Gen. Norman Schwartzkopf–though for the life of me I can’t recall what TV show he had done).  Afterward we were whisked to the middle of Times Square and told to look up. There was a giant electric sign flashing congratulations with our names on it. Pretty heady stuff.

David, how did you get your start in the business?

I began as an actor/singer. I worked a fair amount here and there in theater. I did some commercials too. During a time when I was unemployed (which I referred to as being “between triumphs”) I took a job proofreading movie and TV scripts at a place that typed and reproduced them for various studios. One of the typists, Peter Casey, expressed an interest in writing TV and was looking for a writing partner. I said “What the hell” and we gave it a shot. Three years and eleven scripts written on spec we made our first sale to “The Jeffersons” and were put on staff shortly thereafter.

Where are you from originally? What is it about Palm Springs that led you to make your home here?

I grew up in Claremont, California.  It’s a beautiful college town between here and L.A. As a kid we would take day trips to Palm Springs and I remember it always seeming exotic. I went to college at the University of Redlands and Palm Springs was the place to go for first run movies and sneaking into the El Mirador Hotel to use the pool. I had a place in Scottsdale, AZ for several years and fell in love with the desert big time. It proved too far from L.A. however so I began to look for something closer that would feed my desert addiction. Palm Springs seemed the obvious choice so I got a place, met Mark, and here we are eleven years later.

I know you and your partner, Mark Nichols, are active in local philanthropic endeavors. What causes are you most passionate about and why?

Well, we are most passionate about the arts.  So often today they get short shrift because of so many other worthy causes. Locally we have supported the Palm Springs Art Museum, the McCallum Theater, and Coyote Stageworks among others. Desert AIDS Project, Well of the Desert, Jewish Family Service of the Desert, and pretty much anything Jerry and Barbara Keller are involved in get our attention too.

When you’re not writing, directing and producing hit TV and theater or supporting local causes, how do you spend your free time? What would a typical weekend look like for you?

The truth is that when I’m in the middle of a project there really are no weekends.  If I’m not actually working on the project my time is consumed thinking about it. When I truly have down time I take to the hills. I’m a big hiker. In the winter, I love the lower trails above Palm Springs. In the summer it’s up the tram to the trails there. The rest of the weekend is reading, playing with our two Westies, visiting galleries and shops, eating out, and laughing with friends.

Sounds like a beautiful life! David, please share with us some of your favorite restaurants, retail stores and hot spots to enjoy in Palm Springs.

Rick’s, of course, for breakfast and community.  Zin, we like as a reliable standard. Lulu. Spencer’s for that lovely patio and solid food. Tropicale for a special fun occasion.  We love the shops in the Galleria next to Blue Coyote. And of course Hedge down valley.

And what is it that you most love about Palm Springs?

There is all the obvious stuff—the air, the light, the mountains looming over the minimalist landscape. Plus ggood friends in good architecture. But the thing I have realized that I like the most is that when I’m away and I say “I want to go home,” Palm Springs is where I mean.

David, thank you so much for talking with me today and sharing your fascinating story. I look forward to seeing you and Mark soon out and about in Palm Springs!

Kate Buckley is a brand strategist, premium domain broker and consultant, interviewer, storyteller, visual artist, and award-winning poet & writer. She’s worked in media and marketing since 1997, holds an MFA in Creative Writing, and is the author of A Wild Region (Moon Tide Press) and Follow Me Down (Tebot Bach). A four-time Pushcart Prize nominee, her awards include a Gabeheart Prize and the North American Review’s James Hearst Poetry Prize. She was most recently shortlisted for the Bridport Prize. A ninth-generation Kentuckian, she’s made her home in Southern California since 1998.
Previous PalmSprings.com Spotlight: An Interview with Ginny Foat
Next PalmSprings.com Spotlight: An Interview with Paul Lewin