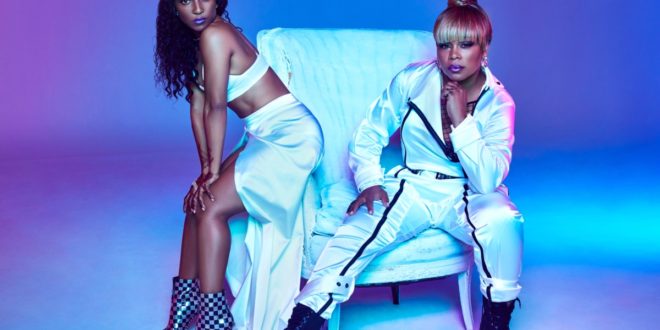 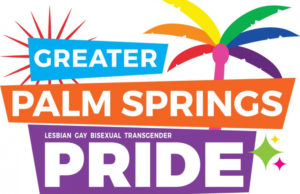 As the 2019 Pride season wraps up, Greater Palm Springs Pride prepares to, “Sip, Sashay and Celebrate” Pride as well as honor those who have courageously fought for equality and are no longer with us. The 2019 festival will take place November 1-3 in downtown Palm Springs on Arenas Road and on Palm Canyon Drive.

Year after year, Palm Springs is the world’s leading LGBTQ destination, welcoming visitors of all genders and ages, from all parts of the US and the world. And Greater Palm Springs Pride is and the largest free Pride festival south of San Francisco. This year’s Pride Festival (November 1 – 3, 2019) is no exception, featuring a show-stopping roster of events, and the largest gathering of LGBTQ people in the city’s history—with record-breaking attendance anticipated. Fun fact: This is also the first year that attendees are able to drink alcoholic beverages throughout the festival parameters! 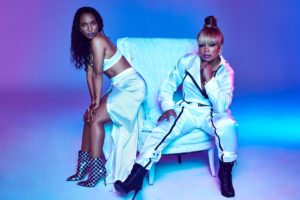 TLC, the Iconic four-time Grammy® award-winning “best-selling American girl-group of all-time” will be featured in a 60-minute concert Saturday, November 2 and lead nearly 100 other acts for the city’s annual Pride festivities. Formed in Atlanta, Georgia in 1990, the group quickly rose to fame earning four multi-platinum albums and four number-one singles: “Creep”; “Waterfalls,” one of pop history’s most prominent HIV/AIDS-awareness anthems; “No Scrubs”; and “Unpretty,” a body-positive message that has inspired self-confidence for a generation.

TLC sets the stage for an unprecedented and diverse group of LGBTQ+ and allied performers featured in the Palm Springs Pride lineup. Regardless of genre, this year’s performers will come together on the Festival’s four stages to embrace the theme, Millions of Moments of Pride.

And there’s more: The US Bank stage at Palm Canyon and Belardo features many entertainers who volunteer their time and talent to give back to the community and support Pride in Palm Springs. On one stage alone, more than fifty local and breakthrough LGBTQ artists as well as some strong, talented, vocal allies, will perform during the festival. Look out for Keisha D, Cat Lyn Day as Marilyn, Palm Springs Gay Men’s Chorus, Modern Men, Marina Mac, Steven Michael Dance Machine, Steven Fales, and Drag Kings Jesse Jones and Johnny Gentleman, and many more.

“We’ve proud to present a diverse group of LGBTQ+ and allied performers taking the stage at the 2019 Palm Springs Pride Festival in downtown Palm Springs and the Gayborhood on Arenas Rd.,” said Ron deHarte, President and CEO of Greater Palm Springs Pride. “This unprecedented lineup has been made possible by the support from the City of Palm Springs, PS Resorts, Effen Vodka, Arenas District Merchants Association, and Bud Light.”

Festival highlights include a Youth Zone, Children’s Garden, Senior Cool Zones, LGBTQ artists, multiple HIV testing sites, health resources, 200 back-to-back exhibitors, food and beverage stations. You can also take your photo with Diva, the 20’ tall pink poodle. There’s something for everyone! Favorite bars and local businesses will be packed to the rafters and spilling out onto the streets for the biggest free LGBTQ street party in Palm Springs. The streets will be filled with Pride revelers, dancers, and open-air beverage lounges. Residents and visitors are invited to discover (and re-discover) all that Arenas Road and downtown have to offer.

deHarte added, “Community leaders and dedicated volunteers have worked hard to create the best Pride Festival ever and to welcome the largest gathering of LGBTQ+ individuals and allies at the city’s largest 3-day event. The new event zone coupled with an unprecedented lineup of headliners who advocate for the LGBTQ community sets the tone for a Pride Festival that educates, inspires and celebrates our diverse community. For more than two decades, Chilli and T-Boz of TLC have consistently used their voice to uplift the LGBTQ community and to create positive conversations around HIV and AIDS. We are thrilled to have them join us at Palm Springs Pride.”

Greater Palm Springs Pride encourages us all to: Live your truth and no one else’s. Gather your friends and together celebrate our fearlessly authentic lives. Embrace diversity and advance individual freedom for all!

Greater Palm Springs Pride (www.pspride.org) is a nonprofit community enhancement organization founded to promote public education and awareness of individual rights and civil liberties of the lesbian, gay, bisexual and the transgender community and to promote the history, diversity and future prosperity of the Greater Palm Springs LGBTQ community.  Palm Springs Pride has been a tireless advocate for equality and diversity since the first Coachella Valley Pride event was held in 1986.

The 501(c)(3) nonprofit organization brings together the skills, talents, and vision of our diverse community through its programs which include the Harvey Milk Diversity Breakfast, Pride Honors Awards, the Cesar Chavez Breakfast, the Pride Parade, Pride Festival, and the downtown Arenas Rd. Block Party.

Kate Buckley is a brand strategist, premium domain broker and consultant, interviewer, storyteller, visual artist, and award-winning poet & writer. She’s worked in media and marketing since 1997, holds an MFA in Creative Writing, and is the author of A Wild Region (Moon Tide Press) and Follow Me Down (Tebot Bach). A four-time Pushcart Prize nominee, her awards include a Gabeheart Prize and the North American Review’s James Hearst Poetry Prize. She was most recently shortlisted for the Bridport Prize. A ninth-generation Kentuckian, she’s made her home in Southern California since 1998.
Previous “Forever Marilyn” to Return to Palm Springs…for Good!
Next Arturo Sandoval and Other Jazz Greats to Headline the First Palm Springs International Jazz Fest