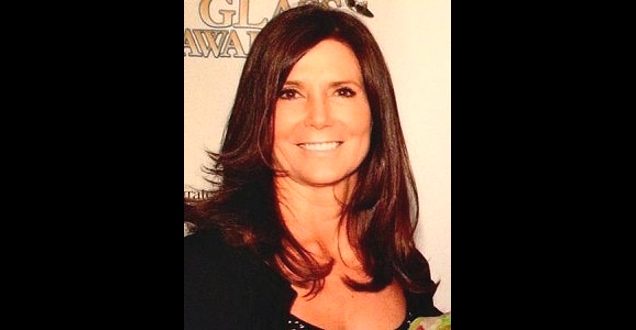 Kim Waltrip is ViceChair of Kim and Jim Productions. After a successful modeling career in New York and Europe, Kim moved to Palm Springs after the death of her friend Sonny Bono in 1998, to help his widow run for Congress. After Mary Bono’s win, Kim worked as the District Director for the Congresswoman and helped establish many award-winning programs.

Kim Waltrip has served on the Board of Trustees for the Olive Crest Homes for Abused and Neglected Children’s Foundation, which also named a scholarship in her honor. Kim’s also a former Board Member of Palm Springs Women in Film and Television, past Chairwoman of the Richard Oliphant Scholarship Fund, a former member of the Indian Wells Rotary Club, a member of the Blue Ribbon Committee for the General Patton Museum and serves on the advisory board of CBS local 2. Kim was honored with the “Angel of the Year” award by the Olive Crest Foundation, the “Aide de Camp” award by the Semper Fi #1 Memorial Honor Detail, received the Woman of Distinction in the Arts from the American Pen Women and the Appreciate Award rom the Semper Fi Memorial Honor Detail again in 2011. Most recently Kim was feted at the inaugural Women Who Rule! Awards Luncheon and Scholarship Fundraiser in Palm Springs.

Kim, your story is fascinating! From modeling in New York and Europe to working with Congresswoman Mary Bono to your philanthropic work to your work in film, it seems there’s nothing you can’t do! Can you tell us a little about the career trajectory from modeling to movie-making?

Kim Waltrip: I’ve always loved the film industry but never really imagined myself being on the other side of the camera until after my son was born.  I was still acting but wanted to find a way to incorporate my career with having a child. So, I decided to co-write, produce and direct and children’s video title “Griffin Goes to the Grand Canyon” to teach children about the Grand Canyon from the perspective of a child.  That was my foray into producing.

When that project was finished, I got the call that Sonny Bono died and I went to Palm Springs to help Mary. I spent 2 months with her, traveling around the district, while she was campaigning, and when she won Sonny’s seat in Congress she offered me the job as her district director. I put the acting and producing side of me on hold and made the move to Palm Springs and the transition in to the political world. It was one of the most incredible experiences of my life. However, I could only sustain that lifestyle for about three years before yearning for the creative world again. Now, I’m producing films and have completed ten of them and am about to start on the eleventh that will shoot in Palm Springs and LA.

Along with your partner, Jim Casey, you own and operate the Palm Springs-based Kim and Jim Productions. That must be fascinating! Do you do commercials, television, movies–or all three?

Jim and I are Vice-Chairs of Kim and Jim Productions, respectively, and we’ve produced television, films and have just begun producing staged musical events. We produced “Fifty Shades of Dusque” which premiered at the Hotel Zoso in Palm Springs on New Years Eve and we have a slate of these events coming up this year. We’re also in the process of organizing a Horror Festival that we hope to launch in October.

And do you mostly film on location in Palm Springs or in Southern California, or farther afield?

We’ve produced two films and one television show in Palm Springs with a third one that we’re filming in April.  We’ve also filmed in and around other areas of Southern California, Indiana, New York, New Jersey and North Carolina.  But our dream location is in the Coachella Valley where there is an enormous amount of talent, beautiful locations and abundance of sunshine.  It feels good to bring revenue to our community and with the City of Palm Springs new film incentive, we hope it will attract more and more filmmakers to the area.

Kim, what do you consider to be the most interesting production projects on which you’ve worked thus far?

Each project takes on a life of its own and I learn something new from each one of them. There’s always a new location, sometimes new crew, new actors and then you all bond together, become a film family and work towards telling a story. They’re all unique in their respective ways. I think the thing that our company has become so adept at is finding creative solutions to problems that arise because we don’t have the big budgets to throw money at them. And I think the thing I love the most about all of these projects is the team effort. I’ve met some incredibly talented individuals who truly love this business and who give 100% effort in seeing the project through to the end.

What is it about Palm Springs that led you to make your home and business here?

After I left Congresswoman Bono’s office I was already madly in love with the community, the weather and the lifestyle, so I stayed. When I started producing films, I knew I was in close proximity to Hollywood, which meant I could drive in for meetings, if I had to. But you can tell a story from anywhere and we did just that with the first film we made. We shot it in Palm Desert and New York. While shooting in Palm Desert, the community really wrapped its arms around us and helped us see it to fruition. We loved it so much we did it again in 2011 with another film. I love making movies here, employing people, spending money in the community I live in. We’re going to do it again with a film we’re prepping now for an April/May shoot.

And Palm Springs is thrilled to have you! Along with your partner, Jim, you recently received a proclamation from the City of Palm Springs declaring August 24th “Kim and Jim Day”. I understand you will also be honored with the “Desert Visionary Award” by the Women’s Leaders Forum in 2013. Congratulations! Are there any other upcoming events or honors we should know about?

I am truly blessed. I don’t know about any other awards at the moment. I’m still coveting the ones I’ve received!  But we do have all kinds of Kim and Jim productions up our sleeves. We’re hoping to start a Horror Fest in Palm Springs, we’re doing music events, managing a singer, and I manage my son’s acting career.  Just trying to stay busy!

And succeeding admirably! Kim, when you’re not busy producing, managing or volunteering, please share with us how you spend your down time. What are some of your favorite restaurants or hot spots to enjoy in Palm Springs?

There are so many wonderful restaurants in Palm Springs, but I’m a creature of habit and usually frequent LuLu California Bistro, Spencer’s, Trio, Le Valauris, Blue Coyote and Kaiser Grille. I also love hiking the Bump and Grind or the top of the Tram whenever possible.

Kim Waltrip, what is it that you most love about Palm Springs?

That majestic 10,834 foot mountain that juts up behind the hub of downtown.

Ah yes, I love it too–it’s absolutely spectacular! Kim, thanks so much for talking with me today and sharing some of the magic you bring to Palm Springs!

Kate Buckley is a brand strategist, premium domain broker and consultant, interviewer, storyteller, visual artist, and award-winning poet & writer. She’s worked in media and marketing since 1997, holds an MFA in Creative Writing, and is the author of A Wild Region (Moon Tide Press) and Follow Me Down (Tebot Bach). A four-time Pushcart Prize nominee, her awards include a Gabeheart Prize and the North American Review’s James Hearst Poetry Prize. She was most recently shortlisted for the Bridport Prize. A ninth-generation Kentuckian, she’s made her home in Southern California since 1998.
Previous PalmSprings.com Spotlight: An Interview with Lisa Houston
Next PalmSprings.com Spotlight: An Interview with Eric Morcus