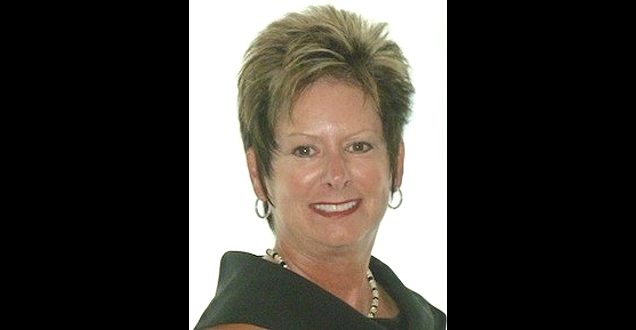 Born and raised in Wisconsin, Betty Callies moved to Northern California in the early 1980s. She worked in the Bankcard Industry then became a Certified Court Reporter in San Francisco specializing in pre-trial litigation. In 2007, Betty was hired as the in-house court reporter for the Agua Caliente Band of Cahuilla Indians in Palm Springs. In 2008, she became Director of Tribal Administration.

Betty launched the inaugural Agua Caliente Charity Celebrity Golf Tournament in 2009, then, in 2012, was named the Executive Director Tribal Administration and in 2014 launched the inaugural Richard M. Milanovich Legacy Hike. In addition to her Tribal responsibilities, she sits on two boards, attends a wide variety of community fundraising events and festivals and is an avid golfer.

Kate Buckley: Congratulations on your career achievements and on receiving the prestigious Athena Award! Can you tell me about any mentors or role models who were instrumental to you in your journey?

Betty Callies: Thank you.  Growing up as a female athlete in a time where female athletes were not that common, my biggest role model was Billie Jean King.  There are many heroines and heroes in the struggle for women’s equality, but no one opened up more opportunities for girls and women in education and sports then the extraordinary courage and leadership of Billie Jean King.  She broke barriers in sports and used her celebrity status to break barriers in society.  She taught me to not just make a difference, but to be the difference.

KB: Of the Athena Award winners, Mayor Steve Pouget has said: “They truly exemplify the highest level of achievement when it comes to excellence in community service and serve as tremendous role models for future generations of women leaders.” What do you personally see as your legacy for future women leaders?

BC:  Besides the weather?  Growing up as one of seven children, I knew that working in a factory was not for me.  I set out for the Golden State with a one-way ticket and never looked back. Nothing ventured, nothing gained.   It was a struggle at first, but I learned perseverance pays off.  The only one responsible for the outcomes of your life is oneself.

KB: How did you come to be interested in and begin your career with the Agua Caliente Band of Cahuilla Indians?

KB: What are your duties as Executive Director of Tribal Administration? What does a typical day look like for you?

BC:  If  you were to ask the Tribal Council what my duties were, they would say “everything.” I wear many hats in my role as Executive Director.  I oversee six administrative departments, the tribe’s youth group and education services and process all incoming charitable applications submitted by 501 C 3 nonprofit organizations.  In addition,  I handle all the event planning on the Tribal side including the Annual Charity golf tournament, now in its 6th year and the Richard M. Milanovich Legacy Hike [Betty with hikers and supporters pictured at left] just finishing its second year.  With such a full plate, there is no such thing as a “typical day” for me.

KB: You do quite a bit of community fundraising for some very important causes. Which cause is closest to your heart and why?

BC: To me, all causes are important.  As an animal lover, I have a particular fondness for The Gentle Barn in Southern California.  The Gentle Barn rescues animals from severe abuse, neglect, abandonment or worse.  I have a fondness for this organization because they believe everyone deserves a chance at life regardless of if they are blind, crippled, deformed, sick, wounded or just old.  Their mission is to teach people kindness and compassion to animals, each other and our planet.  I believe in that mission.

KB: When you’re not hard at work, what activities do you enjoy in and around Palm Springs?

BC:  Golf is my passion, but I also like to hike and ride my bicycle.   I also love to cook, travel, collect artwork, landscape and hangout with my family and our two poodles, Polly and Pheeby.

KB: Are there any upcoming Palm Springs events you’re particularly excited about?

KB: Betty Callies, what is it you love most about the community of Palm Springs?

BC:  What I love most about the community of Palm Springs is you have a small town feel with big city choices.  Palm Springs has diversity, upscale restaurants and international allure.

Kate Buckley is a brand strategist, premium domain broker and consultant, interviewer, storyteller, visual artist, and award-winning poet & writer. She’s worked in media and marketing since 1997, holds an MFA in Creative Writing, and is the author of A Wild Region (Moon Tide Press) and Follow Me Down (Tebot Bach). A four-time Pushcart Prize nominee, her awards include a Gabeheart Prize and the North American Review’s James Hearst Poetry Prize. She was most recently shortlisted for the Bridport Prize. A ninth-generation Kentuckian, she’s made her home in Southern California since 1998.
Previous PalmSprings.com Spotlight: An Interview with Athena Award Winner Shari Kelley of Shari Kelley Events
Next PalmSprings.com Spotlight: Kate’s Top Picks for Halloween in Palm Springs!