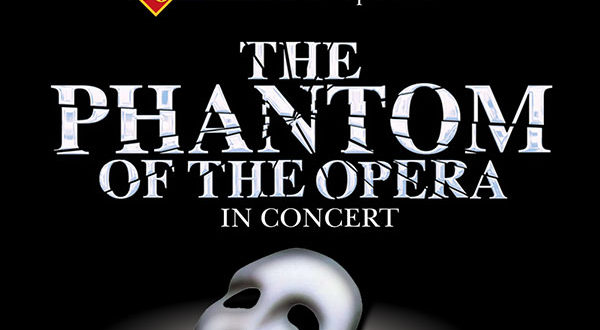 Kate’s Dates for May in Palm Springs: My Top Picks for Events!

Kate Buckley April 29, 2019 Kate Buckley Comments Off on Kate’s Dates for May in Palm Springs: My Top Picks for Events! 618 Views

The festival season has finally drawn to a close, we can all draw a deep breath, and enjoy the warm and sunny May weather—and a decrease in crowds! But, the fun continues year-round in Greater Palm Springs. Here are my top picks for fun things to do in May in Palm Springs. XOKate

College of the Desert, with special permission from The Musical Company, presents Andrew Lloyd Webber’s timeless story of seduction and despair. When it first premiered on Broadway in 1988, the show garnered ten Tony Awards, including Best Musical, and has since risen to become the longest-running show in Broadway history. It features music by Andrew Lloyd Webber, lyrics by Charles Hart and Richard Stilgoe, and book by Lloyd Webber and Stilgoe. These performances will be concert versions of The Phantom of the Opera, which encompass the entire show with minimal staging and a 28-piece orchestra. There will be fog, lighting, masks, a crashing chandelier and more, but many visual aspects will be left to the imagination. Show times vary. Click here for tickets, or call customer service toll free: 844-425-0513

An Evening of Cabaret with Pamela Winslow Kahashi to benefit Sanctuary Palm Springs: May 8, 2019

Sanctuary Palm Springs (SPS), the first of its kind home for LGBTQ foster youth and their allies in the Coachella Valley, is pleased to announce a special fundraising event on Wednesday, May 8: Tony Award winning producer, actress, and chanteuse Pamela Winslow Kashani’s cabaret show CHANGE HAPPENS. Audiences will laugh and be moved as Kashani shares her “Cinderella” story of making it to Broadway, covering how she endured the life of an actress, the ups and downs of her life in Hollywood, her quantum leap into motherhood, and her continuing quest to figure out this human life.

Pamela has appeared in and produced many significant Broadway shows. She originated the role of Rapunzel in “Into the Woods” and later appeared as Cinderella. She also appeared in the Broadway productions of “Beauty and the Beast” and “Meet Me in St. Louis.” Pamela has produced several Tony and Drama Desk Award-winning Broadway shows including “Memphis,” “Hair,” and “An American in Paris.”

This show will take place May 8 at The Club at Hotel Zoso, 150 S. Indian Canyon Drive, Palm Springs and is a benefit for Sanctuary Palm Springs. A full dinner menu will be available for purchase starting at 6:00 p.m. with the show starting at 7:30. Mitch Hanlon is Music director, with music and sound by DJ Baz.

Sanctuary Executive Director Rob Woronoff said of the event: “We look forward to a fun-filled evening with Pam. This event will raise funds for the continued benefit of Sanctuary Palm Springs residents as they make the transition out of the Foster Care system and into adulthood. It is through the generosity of the community that we are able to continue our work. It is their compassionate support that truly makes a difference”

This year marks the 50th Anniversary of perennial classic-rock favorite, America. Founding members, Gerry Beckley and Dewey Bunnell (along with former band mate Dan Peek) met in high school in London in the late 1960s and quickly harmonized their way to the top of the charts on the strength of their signature song “A Horse With No Name.” America became a global household name and paved the way with an impressive string of hits following the success of their first #1 single. Forty plus years later, these friends are still making music together, touring the world and thrilling audiences with their timeless sound. They will play Fantasy Springs Resort Casino on Saturday, May 11, 2019 at 8pm. Tickets range from $29 – $59 and can be purchased here.

Escape into a world of mind-bending artworks as your journey begins on April 27th. Join artists Wallace Colvard, Brian Hicks, Steven Janssen, Lawrence Luchtel and Don Porter. Come enjoy paintings, photography and sculpture bound to take you into another dimension in time and memory. Cocktails and light fare provided. This event is free and open to the public. On view through June 2, 2019. Gallery Hours: Thursday 4pm to 8pm. Friday 2pm to 7pm. Saturday 2pm to 8pm and Sunday 12pm to 3pm. Mondays, Tuesdays, and Wednesdays by appointment. 323-481-0988.

Kate Buckley is a brand strategist, premium domain broker and consultant, interviewer, storyteller, visual artist, and award-winning poet & writer. She’s worked in media and marketing since 1997, holds an MFA in Creative Writing, and is the author of A Wild Region (Moon Tide Press) and Follow Me Down (Tebot Bach). A four-time Pushcart Prize nominee, her awards include a Gabeheart Prize and the North American Review’s James Hearst Poetry Prize. She was most recently shortlisted for the Bridport Prize. A ninth-generation Kentuckian, she’s made her home in Southern California since 1998.
Previous Wondering What to Do Between Coachella Weekends? Check Out “Pop Up Palm Springs” and More!
Next Don’t Miss the 2019 Women Who Lead Awards Luncheon and More!