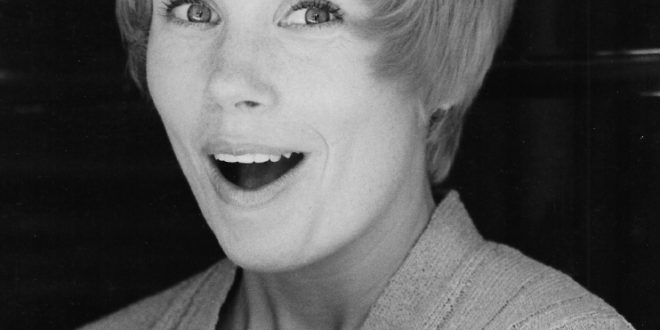 Don’t Miss the 2019 Women Who Lead Awards Luncheon and More!

The stars have always—and will always—flock to Palm Springs. Don’t miss two luminaries gracing our desert in the next few weeks: Joyce Bulifant and Roberta Linn!

The 2019 Women Who Lead Awards Luncheon is around the corner—this Monday, May 20th at The Ritz-Carlton, Rancho Mirage—and features keynote speaker Joyce Bulifant, and benefits The Girlfriend Factor. Celebrate the Coachella Valley’s leaders and role models – both in business and in life – as the 2019 Women Who Lead honorees are celebrated in three categories: Business Leader, Community Non-Profit, and Rising Star. This year’s event is hosted by The Girlfriend Factor and GirlFriend To GirlFriend.

Palm Springs Life presents a celebration of three remarkable women in the Coachella Valley. These leaders and role models — both in business and in life — are bettering our community through their extraordinary accomplishments and dedication. The event is to honor the commitment, vision, and talents that have made these women the Women Who Lead in 2019.

The 2019 Women Who Lead Awards Luncheon keynote speaker, Joyce Bulifant, is especially intriguing. A woman of many talents, her keynote speech is not to be missed.

Joyce Bulifant’s extensive credits on stage, television and film have made her a familiar face and popular personality. After early days in summer stock and at the American Academy of Dramatic Arts in New York City led to regional and Broadway roles in Tall story with Glad Tidings with Diana Barrymore, Auntie Mame with Gypsy Rose Lee, Gentlemen, The Queens with Helen Hayes (Joyce’s former mother-in-law), The Paisley Convertible with Sam Waterston, and Bill Bixby, and Whisper to Me, for which she received the Daniel Blum “Theater World Award.”

Joyce’s roles as an actress, however, are not less dramatic than her real life ones as a foster child, mother, step-mother, and grandmother-and as a Hollywood wife to Hawaii Five-O’s James MacArthur (Danno) and William Asher (Emmy-winning director of I Love Lucy and Bewitched). She is married to actor-composer Roger Perry, her friend and co-star of 40 years. In addition, Joyce’s relationships with Helen Hayes (“The First Lady of the American Theater” and the grandmother of two of her children) and Lillian Gish (her “Fairy Godmother”) provide rare glimpses of two of the most respected legends in the world of entertainment. Joyce has devoted much of her life to campaign for children’s rights as Executive Vice President of The Dyslexia Foundation, a former trustee of the Orton Dyslexia Foundation Board and founder of The Dyslexia Awareness program. Joyce has lectured on learning differences throughout the United States and before the Spanish Royal Family, and when she was President of the Carbondale-Aspen Glen Rotary club, she enlisted club members and the local community to help create an advocacy center for abused children.

And don’t miss Roberta Linn, one of the desert’s favorite performers, on Sunday, June 2, 2019 at 2 PM, as she performs a special cabaret concert at the Arthur Newman Theater at the Jolsyn Center in Palm Desert. The show, “An Afternoon with Roberta Linn” will feature many of her signature songs along with insider stories about her life, career, and close friendships with some of the biggest names in show business. Joining Roberta will be a trio led by Kevin Tokarz on piano, with Danny Flahive on Bass, and Gary Whiteside on drums. The show will kick off the 11th season of Les Michaels’ Cabaret On Sundays Series that will run through September 29th.  Tickets for this one show only performance will be sold at the door for $15 cash only at the Arthur Newman Theatre’s box office that opens at 1 PM and located in the Joslyn Center at 73750 Catalina Way in Palm Desert. Questions: Call Les Michaels at 760-325-2731.

Roberta Linn has been in show business since the age of three, appearing in a string of films along side Shirley Temple, and in the Our Gang series.  By 17 years old, Roberta Linn was entertaining television audiences weekly as Lawrence Welk’s original Champagne Lady. Shortly after leaving the Welk Show, her first engagement in Las Vegas was to co-star at the New Frontier Hotel under the musical direction and arrangements by Nelson Riddle, choreographed by Charlie O’Curran and gowns designed by Edith Head. The performance received rave reviews. “Variety” Las Vegas wrote, “Roberta Linn, the best friend a song ever had”. She then went on to appear with Danny Thomas, on the main stage of the Sands Hotel in Las Vegas. A versatile singer, Roberta Linn won TV’s coveted “Emmy Award”, as the Outstanding Talent Of The Year when she starred coast-to-coast in her own television show, Roberta Linn’s “CAFE CONTINENTAL” sponsored by the Gas Appliance Dealers of America. At the same time this was being televised, she also appeared in the syndicated TV show “FROSTY FROLICS.”

She has appeared in numerous feature films, countless TV guest spots, and a long list of recordings in addition to her travels performing around the world and headlining shows at top hotels and nightclubs in Las Vegas, Lake Tahoe, and Reno including five years at the Stardust and Desert Inn Hotels. Roberta, who is now resides here in the desert, will be the first of 18 Sunday shows of the Cabaret On Sundays Series that will run through September 28, 2019.

Kate Buckley is a brand strategist, premium domain broker and consultant, interviewer, storyteller, visual artist, and award-winning poet & writer. She’s worked in media and marketing since 1997, holds an MFA in Creative Writing, and is the author of A Wild Region (Moon Tide Press) and Follow Me Down (Tebot Bach). A four-time Pushcart Prize nominee, her awards include a Gabeheart Prize and the North American Review’s James Hearst Poetry Prize. She was most recently shortlisted for the Bridport Prize. A ninth-generation Kentuckian, she’s made her home in Southern California since 1998.
Previous Kate’s Dates for May in Palm Springs: My Top Picks for Events!
Next Greater Palm Springs Restaurant Week Returns: May 31st – June 9th, 2019!