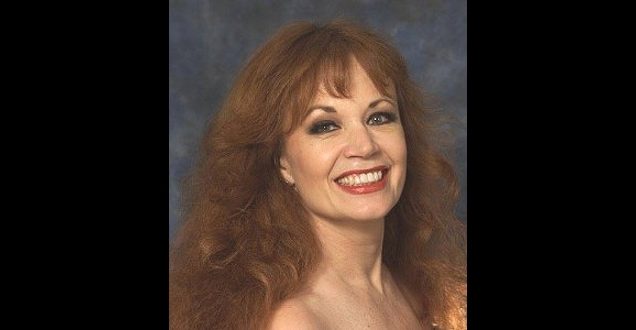 PalmSprings.com Spotlight: An Interview with the “Voice of the Desert,” Joey English

An internationally known singer, musical comedy actress, and the emcee or V.O.G. of most of the premier events in the Coachella Valley, Joey English, the Voice of the Desert, is in her 18th year of producing her own radio and television programs, airing four different radio shows every Saturday  from 2 to 6pm on KNEWS 970/1140/1250 AM and 94.3 FM Radio, and archived at www.joeyenglish.com.

Most of the leaders of the Valley’s hundreds of charitable organizations have graced her microphones as well as the A-list of entrepreneurs behind them, and the stars who headline their events. Devoted to her family and friends, Joey English continues to perform, produce and thrive in a world she wants to entertain “and leave a little happier than she found it.”

Kate Buckley: Joey, you have quite the resume as a multi-talented performer, working with such icons as George Burns, Bob Hope, Milton Berle and Rodney Dangerfield over the years. Who influenced you the most—or can you pinpoint any one person?

Joey English: George, Bob, Milton and Rodney…those icons of entertainment were all so different, but they were my professional “education.”  George, Bob, and Milton were gifted, funny men all the time. Rodney tended to be more of a skilled funnyman, who learned his craft.  He used to talk about me on the Johnny Carson show—what a joy this was. I produced the first show George and Bob did together in Las Vegas [pictured at left]. Milton taught me so much about stage presence—and make up!—and George was just always a dear.  We’d be flying home on the Warner Brothers jet and he’s stay awake and tell me stories of Gracie.  He kept his home the same as it was when she was alive, her brushes and combs still on her dressing table. We used to have lunch at the Studio every so often.  What a privilege it was to be in his presence all those years.

KB: You’ve also appeared on major network talk and variety shows hosted by the likes of Dinah Shore and Merv Griffin. What’s been your most fun moment?

JE: Mike Douglas, Dinah Shore and Merv Griffin were all gracious, entertaining hosts, and all former singers, of course.  Dinah would stand off stage and watch every breath I took while singing—made her guests feel so comfortable [Joey and Dinah pictured at right]. One time on the Mike Douglas Show, Ed Asner and I ate fried worms.  Merv and I stayed friends for years and I use to broadcast my radio show from his Griffin Hotel here in Palm Springs.  The first time I did his show, the production staff thought “Joey” was a guy and they had me dressing in a room with Lorne Greene!

KB: How did you get into radio broadcasting—creating your immensely popular show and becoming the “Voice of the Desert”?

JE: It was 1995 and a man named Dennis Brown was with Ric and Rozene Supple, and he kept offering me a slot on KPSI once a week.  That led to 12 years at KPSI and R ‘n R Radio…and hundreds of guests.  I moved over to KNEWS 2008 but remain close to Ric and Rozene to this day.  They are my “radio parents.”

Earl Greenburg—who helped begin QVC, The Home Shopping Network, Guthy|Renker, was the V.P. of NBC Daytime, and ran the P.S.I.F.F. for years until his death in 2008—dubbed me “The Voice of the Desert,” because, he said I could do it all with my mouth: sing, talk, act, emcee, VOG and a few other things he used to kid me about.

KB: You do a lot of interviews on your show; who have been some of your more memorable guests over the years?

>JE:Too many to mention a favorite, but for certain Ernest Borgnine (broadcasting from my summer home in Montana, sitting in my kitchen), Carol Channing so many times, Andy Williams, Tony Curtis, Roger Williams, Barry Manilow, Suzanne Somers and Alan Hamel—in over 18 years we’ve shared so many heartbeats on the air.  Wonder who will be next?

KB: Joey, you are very beloved in Palm Springs, as evidenced by your star on the Palm Springs Walk of Stars on your 55th birthday, November 17, 2000. (My birthday is the day after yours, by the way, fellow Scorpio!) That must have been a thrill!

JE: Yes, my children Trevor, Tami and Tyler gave me that in 2000 for my 55th birthday.  They are my greatest production.  Now there are Trevor and Robin’s two children: Alea, 12, and Trent, 10, (the blondes), and Tami’s two children: Dalton, 16, and Shelbey Mae, 14. Being their G.J. (Grandma Joey) is my best billing [Joey’s grandchildren pictured at left]. And, both the girls are singers!

KB: You’ve no doubt seen Palm Springs grow and change over the years. Where do you see Palm Spring in the next 5-10 years?

JE: We’ve discussed on my radio show the fact that Palm Springs has more Hollywood history than Hollywood.  Think about it—before towns were incorporated, we’ve always had political, entertainment and sports history happen here.  The players will change but the history will continue to be made here. Look at Coachella, Stagecoach, The White Party, the Film Festival.  What other community can claim such diversity with such “small town” charm at the same time? We’ll grow in new and wonderful ways, and we’ll be remembered by a whole new generation of visitors and residents.

KB: Joey English, what do you love most about Palm Springs?

JE: The late great leader of the Agua Caliente, Richard Milanovich told me that my home in the Mesa used to be an Indian birthing ground, and that’s what I like best—my home.  It is a spiritual, magical place that grounds me for whatever I need to do for my family, my friends, the show, and our community. It is full of people and things that make me happy.  I wish that for everyone.  That, and that they “wear red and eat chocolate.”

Kate Buckley is a brand strategist, premium domain broker and consultant, interviewer, storyteller, visual artist, and award-winning poet & writer. She’s worked in media and marketing since 1997, holds an MFA in Creative Writing, and is the author of A Wild Region (Moon Tide Press) and Follow Me Down (Tebot Bach). A four-time Pushcart Prize nominee, her awards include a Gabeheart Prize and the North American Review’s James Hearst Poetry Prize. She was most recently shortlisted for the Bridport Prize. A ninth-generation Kentuckian, she’s made her home in Southern California since 1998.
Previous PalmSprings.com Spotlight: An Interview with Designer Dann Foley
Next PalmSprings.com Spotlight: An Interview with J.R. Roberts of the Palm Springs Art Museum