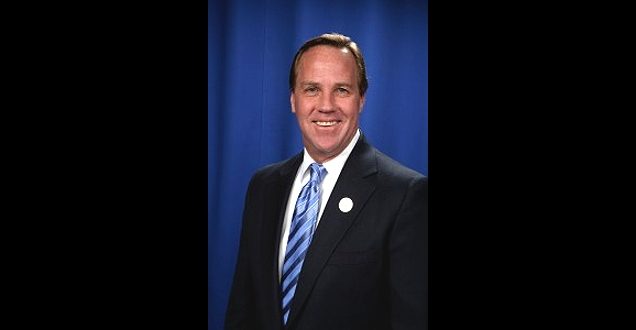 Mayor Steve Pougnet has been a resident of Palm Springs since 2001, and has served as an elected official since 2003 when he was first elected to City Council. Elected Mayor of Palm Springs in 2007, Steve is currently serving his second term in office. His accomplishments include creating and launching Palm Springs’ Hotel Incentive Program, which resulted in over 1,000 jobs, $150 million in economic investment, and 1,600 new hotel rooms. Also notable is the initiation and adoption by City Council of the City’s Sustainability Master Plan which includes a report card to ensure that it is an actionable blueprint for making Palm Springs greener and more energy-efficient. Steve has served on numerous boards and commissions; his leadership style is one of collaboration, open and frank dialogue, with a goal of maintaining and building upon what’s already a world-class destination and a great place to live and do business. Steve’s greatest pride is his family, including twins, Julia and Beckham, and husband Christopher—his partner of over 20 years. Also part of their family are two yellow labs, Sydney and Sophie, along with a full schedule of soccer games, swimming, skiing, biking, hiking and running.

There is so much great news happening in the City of Palm Springs! You must be incredibly excited about all that’s occurred over the past five years since your election. With the resurgence of downtown and uptown, and all the great new retail, restaurants and renovated hotels, Palm Springs is really on the upswing. How did this renaissance come about?

Steve Pougnet: Over the past several years, particularly early on and in the middle of the recession, the City Council decided to invest in the business community.  In late 2007, we created a Hotel Incentive Program, sharing TOT in return for development and redevelopment of new hotel stock, and saw $180 million in remodels, which totally refreshed the City’s large hotel inventory.  We’re now finally starting to see new hotels coming forward ready to build.  We created a Residential Incentive Program when everybody had all but given up on residential, and demonstrated a market for new product.  We helped the Coachella Valley Economic Partnership (CVEP) into the City-owned building across the street and created and initially ran the iHub.  We created a Façade Improvement Program, and Interior Remodel Program, a Commercial Broker Incentive Program, and even resurrected a dormant Job Creation Incentive Program.  Anything we could do to help the business community, we did.  We’ve been fortunate that we’ve been at the leading edge of a demographic change in leisure tourism, too, with younger visitors discovery the magic of Palm Springs and our Convention Center has never been a better venue for group meetings.

Last week, Virgin America announced it will add a nonstop flight from Palm Springs International Airport to New York’s JFK. You, alongside the City Council, worked hard to make this happen. Plus, I hear you cultivated quite a friendship with Virgin Founder Richard Branson. What led to the City’s successful partnership with Virgin America?

Palm Springs has an incredibly successful new tourist attraction, the magnificent 26-foot tall sculpture, “Forever Marilyn.” Residents and visitors alike seem to have really taken to Marilyn and the City’s “Forever Marilyn” Webcam is a huge success. How do you explain the wild popularity of this special attraction and how did it come about?

It’s interesting but Marilyn has never been more popular than she is right now. The timing of her arrival in Palm Springs couldn’t have been better–with the 50th anniversary of her death in June and the insatiable worldwide media coverage, I think she’s more popular than ever because it makes somebody who was larger than life…larger than life! Looking at her makes people happy. It’s so much fun to go downtown and just people watch and the City’s Webcam has been a huge success! When it was learned that Marilyn was due to leave Chicago, the guys at Brighthaus Marketing approached Council Member Lewin about bringing her to Palm Springs. He loved the idea and got PS Resorts involved–and, collectively working with the City Council–everyone joined together to make it happen and, at this point, there’s no doubt that the arrival of “Forever Marilyn” has been HUGE for downtown Palm Springs.

The importance of the iHub is in the development of jobs and a permanent industry base for the Coachella Valley beyond tourism, healthcare and agriculture.  It is part of the Coachella Valley Economic Partnership (CVEP) Economic Blueprint. The CViHub is one of the six original iHubs officially designated by the State in 2010; ours is focused on “green technology,” one area where the Coachella Valley has a competitive advantage.  Since then, we have made tremendous progress with the program, including partnering with the CVEP in the build-out of the iHub incubator facility and the development of the program. Currently, the iHub has five “in-house” clients and eight virtual clients.  The results of our first year have exceeded our most optimistic projections.

The City of Palm Springs and its partner cities (Cathedral City and Desert Hot Springs) have shown incredible enthusiasm for the iHub concept.  In fact, Palm Springs alone has contributed over $300,000 over the past two years toward the development of the iHub and Accelerator Park, even in an era of tight municipal budgets.  In addition, all of the facilities are in City-owned buildings leased to CVEP. The Accelerator Campus is the next step to foster economic growth and job creation.  Three iHub clients are already preparing to take their idea to the next step–commercialization–which makes the Accelerator Campus even more important for the development of new companies, products and jobs.

I hear the entire community is invited to attend an important City Council meeting at 6 p.m. on Wednesday, Oct. 3 at the Palm Springs Convention Center to discuss the much anticipated Downtown Revitalization Plan. There is so much excitement about this project and it’s been a long time coming; can you please explain why this project will be so transformational for Palm Springs?

As long as I have been on Council, and in the years before that, the redevelopment of the former Fashion Plaza has been a community priority.  It is a 14-acre blight in the middle of downtown, an area that in the past several years has managed to succeed despite its negative impact.  We have always know it would be successful, if we could just move it forward.  Measure J, with the tremendous support of the community, has allowed that to happen.  Keep in mind it has been the experience of other communities which have undertaken major, transformative projects that the indirect benefits often exceed the direct benefits, even when the community retains all the tax revenues from the project itself.  Communities have found that street reconstruction and public improvement projects also facilitate private investment in downtowns, with the downtown retail vacancy rate falling even with addition of new retail square footage, and that average rents increase significantly during that time.  Downtown Palm Springs is actually beginning from a stronger economic base than many such communities, but a doubling of property values in the area, based on dramatically improved sales in the Downtown, is quite conceivable.

Other significant mixed-use projects have found that their average visitor spends many times the national average per visit.  The creation of a desirable shopping and entertainment destination combined with higher-end retail tenants is a formula for increased economic benefit area-wide.  Other spillover benefits of entertainment-oriented projects include new restaurants opening nearby and existing businesses showing increased sales.  Most communities also found that their projects expanded the number and types of businesses and enhanced the economic vitality of the community, added additional housing to downtown, and reused underutilized or blighted areas.

I encourage Palm Springs residents and citizens of the entire Coachella Valley to join the City Council on Oct. 3 and learn more about this important project. Palm Springs is undergoing a historic transformation and it’s critically important that our residents stay informed about what’s happening because the best is yet to come!

Mayor, you won your re-election by more than 70 percent of the vote. Clearly, you’ve had a lot of success leading the City of Palm Springs–what’s your secret?

The secret to my success is good communication with our citizens. Good government is all about good communication, accountability and transparency. I make it a point to communicate with our residents through email, by phone and through social media. I love getting feedback from the community and I want to hear from everyone–even if a resident disagrees with me on an issue–I always remain open minded.

I know your family is very important to you. You and Christopher have twins, Julia and Beckham, who are getting ready to celebrate their “6 1/2 year birthdays.” Pretty adorable. What are your favorite activities to do as a family around Palm Springs?

Both Christopher and I are vey physically active and so are our children. I am a long-distance runner and I also enjoy swimming and tennis. We try to promote a healthy lifestyle and eating right with the kids, and it seems to be working. Last year, Julia and Beckham ran with me in the Mayor’s inaugural “Healthy Planet, Healthy You, 1K, 5K, 7 Mile Race and Wellness Festival to Fight Childhood Obesity” at Ruth Hardy Park, and they had a blast! More than 400 runners and walkers participated and over $100,000 was raised for childhood obesity programs in Palm Springs.  It was great to see our community come together in such numbers to fight this epidemic, and the kids are really looking forward to running with me again this year. The 2013 race is slated for Saturday, April 20 and I invite the entire community to join me. Stay tuned for more details!

Finally, Mayor Steve Pougnet, what is the thing you love most about Palm Springs?

The people! In Palm Springs, our motto is “The People are the City,” and I believe that wholeheartedly. We have a spectacularly diverse group of residents who really make our city a special place to live, work and play.  Plus, you can’t beat our year-round sunshine and relaxed desert lifestyle. I’ve said it many times and I’ll say it again, Palm Springs truly is like no place else! We are the premiere resort destination in Southern California.

Kate Buckley is a brand strategist, premium domain broker and consultant, interviewer, storyteller, visual artist, and award-winning poet & writer. She’s worked in media and marketing since 1997, holds an MFA in Creative Writing, and is the author of A Wild Region (Moon Tide Press) and Follow Me Down (Tebot Bach). A four-time Pushcart Prize nominee, her awards include a Gabeheart Prize and the North American Review’s James Hearst Poetry Prize. She was most recently shortlisted for the Bridport Prize. A ninth-generation Kentuckian, she’s made her home in Southern California since 1998.
Previous PalmSprings.com Spotlight: An Interview with Mary Jardin
Next PalmSprings.com Spotlight: An Interview with John Wessman