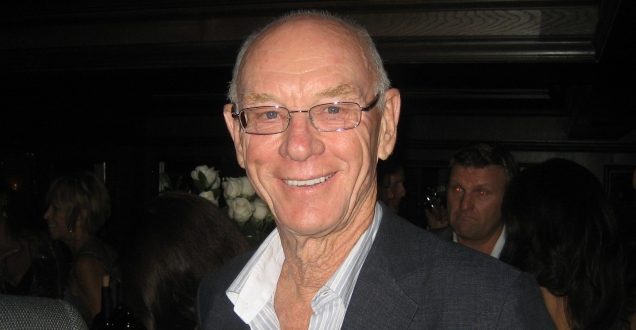 John Wessman is president, founder and owner of Wessman Development, a company engaged in the development and subsequent holding and property management of shopping centers, office buildings, and residential projects in the Coachella Valley. For more than 40 years, John has been a leader and visionary for development, management and consulting for commercial, municipal and residential real estate projects within the Coachella Valley.  He started as a general contractor in 1963 and formed his own development company in 1982. John Wessman has a strong affiliation with a number of local institutions, where he has served in various leadership capacities–CEO of the International Film Festival in Palm Springs, Palm Springs Aerial Tramway Board member, and the Palm Springs Chamber of Commerce, to name a few.

John, the recently unveiled plan for Palm Springs’ Downtown Revitalization is very exciting.  People say it’s been a long time coming.  How long have you been at the redevelopment of the mall and can you tell us about any false starts there may have been along the way?

We have been working on three different plans since 2002. The first two were based on remodeling portions of the existing mall. This  proved to be unacceptable to the national retailers we were trying to attract and we were unable to generate any interest in the location. In 2005, we designed a mixed lifestyle center proposing residential units above retail, which got the attention of several retailers. The financial armageddon of 2007/08 as a result of the housing bubble bursting coupled with the worldwide banking crisis put any real estate development in the United States on hold.  As the lending market is starting to loosen up and US economic activity is picking up, retailers are starting to expand again.  We are already hearing a lot of excitement from our consultants about the new downtown and the recent announcement of a new direct flight from New York to Palm Springs by Virgin America has generated additional buzz from the retail industry. Retailers follow either roof tops or tourists–the new Kimpton hotel with its exciting roof terrace will without a doubt be the most visited site in the Coachella Valley in 2015.

That will certainly be a coup for Palm Springs. John, the recent changes in the project are interesting. Can you tell us why you replaced the movie theatre with an event center, and added a hotel toward the center of the project?

The latest plan is result of input from local and national retailers, who told us flat out that a movie theater would take valuable parking away and not really increase the number of visitors to their stores. Even restaurant operators discouraged us from building a movie theater. Palm Springs is a resort town and depends heavily on its tourism industry. The movie industry depends on summer blockbuster movies, a time when the Coachella Valley is battling with its seasonal challenges. Tourists want to enjoy the weather and outdoor environment and  tend to avoid going to the movies during their stay. Retailers kept asking why we would not introduce a hotel as it creates activity and brings new shoppers to downtown on a daily basis.

There is such a legacy of failure with the old mall over the years–even before you owned it–with the City and developers trying to figure out how to redevelop the property.  What is it about this plan that makes you confident you’ll be successful?

Shopping centers are no longer attempting to be just a place for the distribution of goods. The retail industry is going through profound changes with stores becoming show rooms for their products and social places for customers to connect. The new 4 star Kimpton hotel will be the economic engine attracting a whole new demographic to Palm Springs. The new street grid enables a fluidity throughout the project with an emphasis on a pedestrian-friendly environment, which today’s tourists, consumers and our local economy are craving. Storefronts in the new downtown will face shaded walkways connected by central courtyards with fountains. We are trying to create an enjoyable experience, one that will draw visitors to Downtown Palm Springs over and over again.

I know the timeline outlined by the Mayor is quite ambitious. What’s the next step in this process, and when do you think you will be able to demolish the property?

We are starting with the demolition during the 1st quarter of 2013 and plan to start with the vertical construction during the 3rd quarter of the same year. There is really nothing on the horizon that could delay this time line with the grand opening scheduled for late 2014/early 2015.

It’s interesting that you haven’t named the project, but refer to it as Downtown Palm Springs.  What’s the thinking behind that?

We, along with the architects, Allen + Philp, felt we’re not only building a shopping center, but a new downtown, integrating this important location back into the fabric of the downtown core. The project acknowledges and celebrates the brand that is Palm Springs and the new downtown will enhance our brand–further making Palm Springs, once again, one of the top tourist destinations in Southern California.

You mentioned the heavy embrace of technology in terms of retailers and the hotel–and via smart phones and social media.  Is the day for building traditional shopping centers over with the mainstream adoption of online shopping?  How does this work with your vision for the center?

We are living in an “Age of Great Change” as our company’s Michael Braun says. It is dominated by technology advances that we need to embrace. The Internet and social networks are not a threat to smart retailers, but an opportunity for an additional distribution channel. Brick and mortar stores are shrinking as they’re no longer required to keep inventory in their stores–reducing their fixed overhead costs. With these new developments, retailers can afford to have a presence everywhere, but on a smaller scale. I want to be very clear: We are not building a new shopping center in Palm Springs; Wessman Development is creating six different new street blocks within the downtown core with each block offering a different consumer experience. Social networks dominate today’s consumer choices and we need to embrace these changes by providing, for example, free Wi-Fi connectivity.

This is all fascinating, John. Thanks so much for sharing more of the exciting plans for Downtown Palm Springs with us today at PalmSprings.com. We can’t wait to see what happens next!

Kate Buckley is a brand strategist, premium domain broker and consultant, interviewer, storyteller, visual artist, and award-winning poet & writer. She’s worked in media and marketing since 1997, holds an MFA in Creative Writing, and is the author of A Wild Region (Moon Tide Press) and Follow Me Down (Tebot Bach). A four-time Pushcart Prize nominee, her awards include a Gabeheart Prize and the North American Review’s James Hearst Poetry Prize. She was most recently shortlisted for the Bridport Prize. A ninth-generation Kentuckian, she’s made her home in Southern California since 1998.
Previous PalmSprings.com Spotlight: An Interview with Mayor Steve Pougnet
Next PalmSprings.com Spotlight: An Interview with Josh Herman