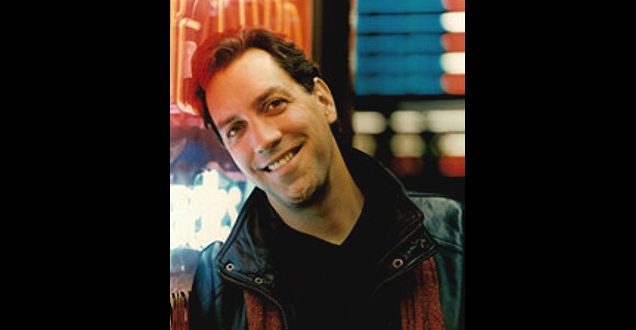 Storyteller, musician, poet, actor, writer and music therapist David Gonzalez is a one-of-a-kind artist. He has created numerous productions that combine compelling drama, music, and multimedia; all of which enchant audiences nationwide with stories of love, hope, courage, and wisdom. His awards are too numerous to mention, his projects prodigious, but it is his latest one that intrigues me most: Crisálida, a McCallum Theatre Community Arts Project.

Kate Buckley: David, you are an award-winning musician, actor, poet, writer, and storyteller. Have you always been a performer?

David Gonzalez: I guess you could say we are all performers, as Shakespere said “…all the world’s a stage…”  My performance career started at age seven when my uncle made me a puppet theater out of plywood, my grandmother supplied red velvet curtains, and I made characters out of paper bags and socks.  Activating the imagination has been at the core of all I do, from my living room in the Bronx to Broadway.

KB: And you’re not only a performer but also a professional public speaker—on topics ranging from creativity to culture. How did this additional career path come about?

DG:  About 15 years ago I started receiving calls from colleges and corporations interested in two different subjects; creativity and cultural awareness. As a creative artist and educator I take the position that creativity is an inherent, though often atrophied, faculty in all people.  As a contemporary bilingual Hispanic (my parents are from Puerto Rico and Cuba) I use poetry and stories to show how our biographies inform us, and how our shared humanity transcends the circumstances of our birth.

KB: You earned a doctoral degree from New York University in Music Therapy, and have conducted numerous seminars, workshops and lectures, and worked as a music therapist in clinical and educational institutions. How does this part of your life differ from the performance art?

DG: As a therapist, the sole concern is the well-being of the client.  All the choices, activities and interventions are focused on eliciting and encouraging the curative resources available to one particular person at one particular time.  This work is potent because of the uniqueness of the relationship, and the uniqueness of the client.  As a performing artist, I am concerned with creating aesthetic objects (plays, music, poems) that satisfy my curiosity while serving a greater good for the community.  I like to say that I create work that is intended to “function” in the world—that it does something, has an impact, makes a difference.

KB: You are also the Artistic Director for The Alliance for a New Humanity, an international service organization dedicated to peace and sustainability. That sounds fascinating—tell me more about that.

DG:  It was a blast to bring the arts to this mix of brain-powered social activists.  We produced a number of international conferences and I got to hang with Noble Peace Prize winners, thinkers from many fields, and front-line foot soldiers for all sorts of conscious causes.  One highlight was the closing concert I produced at the National Theater in San Jose, Costa Rica…I don’t think I’ll ever forget Deepak Chopra singing “We Are Family” with the Youth Symphony Orchestra led by guest conductor Niles Rodgers, the Grammy-winning composer of that amazing anthem.

KB: A master storyteller and lover of myth, you were named a Joseph Campbell Foundation Fellow in 2010. What’s your hero’s journey been?

DG: Joseph Campbell saved me.  In my twenties I was lost in the morass of psychological/spiritual questing.  I was going to therapy, workshops, trying this and that, but when I read Campbell’s brilliant “Hero With A Thousand Faces” everything changed.  Through his profound understanding of world myth and religion he liberated within me a love of story, and ignited a curiosity about myth in my own life.  This is a really big question, we’d need a lot of time and ink to cover it—suffice to say that the great boon of my professional life has been to trust the creative impulse, to listen deeply, and to leap, even if I don’t yet see the ground in front of me.

KB: Which brings me to the latest adventure in your journey: Crisálida—a MacCallum Theatre Community Arts project with a mission to inspire, chronicle, create, and celebrate the community’s cultural experience. That’s an ambitious and loosely defined mandate! Can you elaborate?

DG: Under the stewardship of the McCallum’s director Mitch Gershenfeld, the institution is seeking to broaden its reach beyond its glorious stages and lobbies, out to the community.  The McCallum Theater Institute, under the direction of Kajsa Thurssen-Frary, has done a phenomenal job bringing arts experiences to valley kids, the Crisalida Community Arts project intends to extend that success to the East Valley cities of Indio, Coachella, Thermal and Mecca, and the Salton Sea.  We have received a two-year grant from the James Irvine Foundation to support the project.  The first year is devoted to learning about the communities, building relationships, finding out what is already happening out there, and listening to how the communities want to develop their art-making.  Then in the second year, we will start to enact the plan that emerges from this in-depth observation.  I can say that we’ve already jump-started the process with lots of workshops, performances, collaborations and planning already happening.

DG: At first we will explore the Story Corps model in which two people who know one another very well come to one of our pop-up recording booths (like the one that was at the Synergy Festival in Coachella recently), and one person interviews the other about important events in their lives, and what they have learned.  These stories will be made available online through www.crisalida-arts.org, on our blog, and on our dedicated Vimeo page.  There will also be story circles at a wide variety of community centers, senior centers, food banks, churches, parks…you name it.  We hope to create a collage/documentary from the interviews that will be shown publicly.

KB: You’re based in New York, but will be spending six months over the next few years in Palm Springs to work on the project. How’s your time been so far? How has it been working with the community around Crisálida?

DG: I’ve worked at the McCallum consistently for the past ten years, but always in the tremendously busy mindset of a performer putting on a show.  This project has already allowed me to get to know the landscape and the people in a much better way.  I rented a house in the hills above Palm Desert in September and each morning woke to the vast sky, and each evening I’d sit outside to contemplate the starry night.  The days were spent meeting one fascinating person after the other.  I’ve written a lot about it in the blog: www.crisalida-arts.blogspot.com

KB: I think it’s safe to call you multi-talented! Do you have a favorite discipline? What’s the common denominator in all you do?

DG: Music. Groove is behind everything I do…”It don’t mean a thing if it ain’t got that swing.”  When I’m not telling stories or doing this arts activist work you will find me playing the guitar, original works for classical guitar in the concert hall, funk and rock on my Fender Telecaster at the club.

KB: What would you be doing if you weren’t creating or performing?

DG:  Some combo of archeologist, monk, and gentleman-of-leisure.

KB: David Gonzalez, what do you love most about your time thus far in Palm Springs?

DG: Tacos and orchata lunch for $5, and all the amazing people!

Kate Buckley is a brand strategist, premium domain broker and consultant, interviewer, storyteller, visual artist, and award-winning poet & writer. She’s worked in media and marketing since 1997, holds an MFA in Creative Writing, and is the author of A Wild Region (Moon Tide Press) and Follow Me Down (Tebot Bach). A four-time Pushcart Prize nominee, her awards include a Gabeheart Prize and the North American Review’s James Hearst Poetry Prize. She was most recently shortlisted for the Bridport Prize. A ninth-generation Kentuckian, she’s made her home in Southern California since 1998.
Previous PalmSprings.com Spotlight: An Interview with JD Samson of EVERYONE, an International Pride Party
Next Palm Springs Has a Heart for the Holidays!