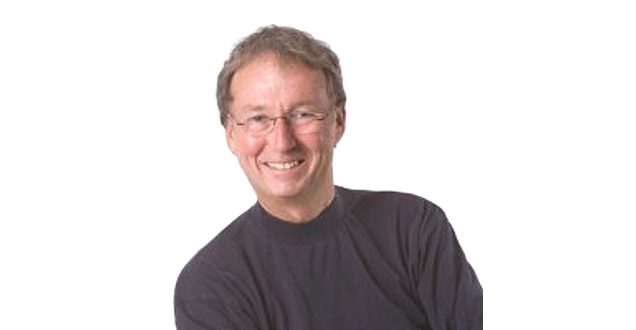 Dave McAdam earned a degree in journalism from San Diego State University and then began his professional life in community newspapers in Orange County, California.  He eventually was named Executive Editor overseeing 15 newspapers published in south Orange County by a subsidiary of Media General, Inc. After 10 years in journalism he left to become a Managing Partner at Sitrick And Company in Los Angeles, at the time the leading crisis and issues management public relations firm on the West Coast.

After seven years with Sitrick he left to become Senior Vice President for Corporate Communications at Tenet Healthcare, the nation’s second largest publicly traded hospital company.  When Tenet spun off its supply chain operations he became a member of the founding senior management team at Broadlane, Inc. as Executive Vice President for Marketing, first in San Francisco and then in Dallas when the company relocated.

Kate Buckley: Dave, you began your professional career in journalism in Orange County. How does a former newspaper guy become a participant in the home building world?

Dave McAdam:  In 2003 I bought a spectacular piece of vacant land in the High Desert community of Yucca Valley. I wanted to build a small weekend home there.  What I learned from trying to build sensitively on that land led me to a number of epiphanies about the state of homebuilding generally and building in the desert particularly.

The simple beauty of your desert projects is striking. Your first prototype house for Blue Sky was Rock Reach House, which has become very well known indeed – starting with a feature in Dwell magazine.

Rock Reach House is what eventually got built on that spectacular property I bought back in 2003.  I certainly knew what I wanted to achieve but it took Lance O’Donnell, and his team at the Palm Springs-based o2 Architecture, to make sure that the result was not what is called a “builder house” but instead has architecturally considered proportions, scale, alignments, detailing, and more.

I understand that Blue Sky has now been involved in 14 completed projects with many more currently in construction, permitting or planning.  With all of the activity why did you feel the need to create Homestead Modern?

At Blue Sky we are really purveyors of two systems for the building industry – our one-of-a-kind bolted steel frame and our wall system.  We are not architects, nor builders.  We spend a lot of our time connecting people who come to us with architects and builders so they can have the home of their dreams.

I believe there is a market for pre-designed homes that can be quickly built on land that people own.  And I am testing that concept first in the High Desert with small homes designed really as weekend getaways or for vacation rentals.  I have five floor plans that are architect designed and I have a contractor ready to build those designs for a set price in the High Desert.

No. 1 in Pioneertown. What’s the feedback been?

It has been incredibly gratifying.  I built my one-bedroom, one-bath 750-square-foot plan – along with a separate studio or casita that is attached to a two-car carport.  It is walking distance to Pappy & Harriet’s and it looks out at some spectacular High Desert vistas.  So just like Rock Reach House it is available for me to show prospective clients and is available for vacation rentals.

Who is your target market for Homestead Modern?

I believe it will initially be busy folks from the Los Angeles and Bay Area environs who want a High Desert weekend place of their own where they can quickly shed their everyday stresses.  And some of these people may well want to cover their costs by opening their property for vacation rentals when they can’t be in the desert.  The economics become very interesting.

I have had lots of feedback that these busy people appreciate the concept of one-stop shopping for this purchase.  They just don’t have time to do it all themselves – find an architect, find a builder, go through permitting.  These are people who have fallen in love with the High Desert and who want to buy land in Joshua Tree or Pioneertown – or some of the less well-known but no less fabulous places such as Pipes Canyon and Wonder Valley.

People who have seen the designs – the website will launch this fall – have been struck by their simplicity and openness, and the clean, modern lines. They also love that the exteriors are nearly maintenance-free.

Say I want to buy a two-bedroom, two-bath model. How much will that cost me, and what does that include?

Preliminary pricing will be $295,000 for the two-bedroom, two-bath plan. That price includes a complete structure including architect and contractor fees, as well as appliances.  It does not include utilities or permits as those will vary by lot.  And again the assumption is that the client already owns the land – or will soon.

Did you design these yourself?

I certainly knew what I wanted but I involved an architect from the beginning to ensure that proportions, alignments, scale and detailing were right.

Where do you see growth in the High Desert heading in the future?

I can only speak to the weekend home market since that is mostly what I am focusing upon.  That market is very much alive right now and much of that vitality probably is attributable to the forces of social media. Instagram especially is helping fuel a realization among certain folks that there is this breathtakingly beautiful place that is only a relatively short drive from Los Angeles – a place filled not only with natural wonders but all kinds of special and authentic places such as the Integratron and Norah Purifoy’s outdoor art – as well as music venues such as Pappy’s & Harriet’s and The Palms in Wonder Valley.

The High Desert – at least in my lifetime – will always have plenty of elbowroom.  I am not concerned that the growing enthusiasm for finding a second home there will diminish the experience that draws people.

Dave McAdam, what do you love most about Greater Palm Springs?

I am grateful every day for the astonishing collection of quality people I have come to know in this valley.  Most of us got here not because some company transferred us here – we made a conscious decision to come here and you can’t say that about many places.

Kate Buckley is a brand strategist, premium domain broker and consultant, interviewer, storyteller, visual artist, and award-winning poet & writer. She’s worked in media and marketing since 1997, holds an MFA in Creative Writing, and is the author of A Wild Region (Moon Tide Press) and Follow Me Down (Tebot Bach). A four-time Pushcart Prize nominee, her awards include a Gabeheart Prize and the North American Review’s James Hearst Poetry Prize. She was most recently shortlisted for the Bridport Prize. A ninth-generation Kentuckian, she’s made her home in Southern California since 1998.
Previous Mary Wilson of the Supremes to Kick Off Palm Springs’ Season of Giving!
Next PalmSprings.com Spotlight: An Interview with Athena Award Winner Shari Kelley of Shari Kelley Events