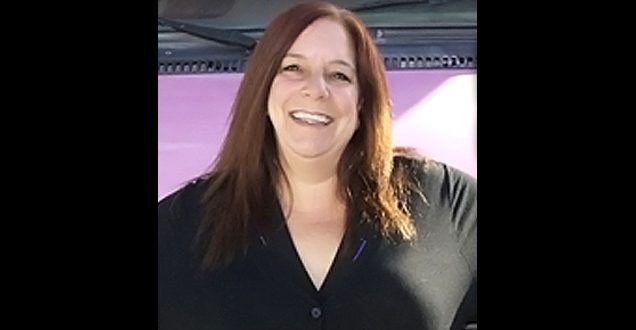 With 30 years of exclusively gay standup experience, comedian Shann Carr’s storytelling style makes you feel like you’re sitting in your living room with an eccentric friend who has your entire dinner party in stitches. She just took her first break from touring with the last 10 years being at sea with the worlds largest gay travel company, Atlantis Events.

Shann Carr is also the Executive Producer of The Moxie Studios, a company working to build a home for the burgeoning industry of gay*ish entertainment production in Palm Springs. In the last few years, The Moxie Studios has produced several media-based events in Palm Springs including a Gay TV Week, Gay Commercial-Making Contests and a commercial for the Palm Springs Animal Shelter. Moxie Studios produced a video-short featured in The Cinema Diverse Film Festival, and has sponsored the Festival for the last three years; Shann additionally works as the festival’s volunteer coordinator.

For over 20 years, Shann and The Moxie Studios have produced a series of live stand up and TV comedy projects under the title “Out For Laughs,” including a docu-comedy film called “Out For Laughs-On The Ocean,” that follows three comedians, a drag queen, a piano player, and a hypnotist working together on the gay cruise ship circuit. Shann lives in Palm Springs with her dog, Beckham AKA Becky, who receives as much fan mail as she does.

Kate Buckley: You were a touring comedian nonstop for 27 years—including 10 years on Atlantis, the gay mens’ cruise line, doing as many as 11 cruises a year. That had to be quite the experience! What was that like and why did it end?

Shann Carr: It was spectacular fun traveling the world that way, but In 2010, my body clock started screaming for me to put down some roots. I wanted to feel that real hometown connection—which meant I had to become a member of the community, who could be relied on. So, after one fabulous, final 90-day, 13,000 mile “Land Cruise” tour in “Gertie,” my pink, rhinestone bedazzled RV, I bought a house in Palm Springs, and got my first real job of my entire life.

KB: And what was that job?

SC: I worked for a year and a half, as the Volunteer Coordinator at The LGBT Community Center. It was perfect for me because my one superpower has always been connecting people, so talking them into participating in community-based projects that they might not otherwise do, was fun!  The trick is establishing a quick camaraderie between the people who show up, by creating an easy sense of play in doing the task.

KB: What was it like being an employee after a lifetime of doing standup?

SC: I loved a lot of parts of it, but ultimately it was confining.  I had no experience being told that I couldn’t pursue anything I dream up—after having spent a lifetime where the opposite was true.  I loved the volunteers though—it was like a 4-year college education in 18 months. The two toughest things I learned are that as an employee, there are lots of other people who can and will control the outcome of your efforts no matter what you do.  And, I learned the value in shutting up.  I think I’ll be working on that one for a lifetime but it is an important lesson I had honestly never explored!

My first gig back on the comedy-horse was on the main stage at SF Pride.  I grabbed the mic and shared every bratty, in your face, witty thing that came to my mind, and within seconds people were laughing and clapping and handing me a check bigger than a month’s pay at the community center. In that instant I really understood how lucky I was to have found my true dream job at 19. There are very few jobs that pay you to have a smart mouth and compulsive disclosure disorder.  Even my parents suggested I quit my “day job” and go back to the road where my passion would be rewarded and my spirit was finally ready to roam again—now that I had a real home to come back to.

KB: How did you first get into comedy?

SC: It’s all I’ve ever done. I went to see a lesbian comedian perform when I was 19 years old, and I instantly thought ‘I’ve gotta do that!’  So, I made up a page of fake reviews, got a gig at a little cabaret in Portland Oregon, filled the house with a bunch of my friends and it worked out, from the very first time of trying it.

Two weeks later, I talked my 31 year-old girlfriend into leaving her job and her condo to take me on tour—a national tour. After all, I had been doing comedy for two whole weeks. We had no bookings, but somehow that worked out too! We made enough money from gig to gig that I performed my way from Oregon to Key West for 6 months!  If I’d known it was impossible it never would have worked.

From then on I never stopped touring, loving every minute of it, until a couple years ago.  I got everything I wanted out of taking the “break,” and now I’m so happy to be back to working at being a brat for a living!

KB: After all, it’s your first love.

SC: Yeah, without question. There’s another project I’m working on for next year that’s kind of a biggie too. It is called Gay*ish Media Week.  My long term goal is to make Palm Springs the place where Gay TV and entertainment is made.

KB: And that’s where The Moxie Studios comes in. Tell me about that.

SC: Gay*ish Media Week is my way of creating a compact, tangible vision for a week, so people “get it” when I say Palm Springs can nurture the industry of gay entertainment production. A team of us are inviting all our favorite people who do anything in the industry of creating LGBT*ish relevant media, to come to PS for one week…and make something.  Film their web-isode, or shoot their music video, record their book on tape with a killer cast, interview that celeb for their digital mag, whatever.  For a week we’ll take over a resort and create enough media momentum that we’ll germinate a grassroots connection to Palm Springs when it comes to nurturing the creation of exceptional gay*ish entertainment.

KB: Earlier you mentioned, Gertie, the RV. Tell me more about her—and her adventures. Does she get her own show?

SC: After my Land Cruise tour, my pink RV went went to Burning Man, without me, with friends, cuz that’s the week my house sale was closing in PS.  A few weeks later a mod fashion guy took her to Vegas to be part of a fashion show but Gertie O.D’d on the highway on the way home—too much booze and cigarettes! It was heartbreaking because we had dreams of making Gertie into a community vehicle doing fun-filled good deeds with some of the charities I work with.

KB: You recently launched an Indiegogo campaign, in partnership with designer Christopher Kennedy to do just that. Tell me about the campaign, and about what’s next for Gertie.

SC: We reached our start-up funding goal with the IndieGogo campaign.  And now there are some killer, perk-filled business partner opportunities available like, business branding on Gertie and shuttle service in Gertie. Check out the ways to work or play with Gertie here.  And we’re excited and grateful that Christopher came on board to use his mod talent to make sure Gertie looks good while she’s doing good.

Gertie’s big make-over reveal party will be on October 12th at the Palm Springs Animal Shelter, in concert with a big-dog adoption fair called “Gertie Runs With The Big Dogs!”

KB: Any upcoming shows where we can catch you in Palm Springs?

KB: Shann Carr, what do you love most about Palm Springs?

SC: I love the gayness, and that I’m considered young here.  I love the weather and that when it’s hot at night, the remedy is a pool five steps from my bed. I knew right away that this was the community I wanted to be a part of!  And now I am.

Kate Buckley is a brand strategist, premium domain broker and consultant, interviewer, storyteller, visual artist, and award-winning poet & writer. She’s worked in media and marketing since 1997, holds an MFA in Creative Writing, and is the author of A Wild Region (Moon Tide Press) and Follow Me Down (Tebot Bach). A four-time Pushcart Prize nominee, her awards include a Gabeheart Prize and the North American Review’s James Hearst Poetry Prize. She was most recently shortlisted for the Bridport Prize. A ninth-generation Kentuckian, she’s made her home in Southern California since 1998.
Previous PalmSprings.com Spotlight: An Interview with Designer Christopher Kennedy
Next PalmSprings.com Spotlight: An Interview with Trini Garza of Live It Up Productions and Top Rock