Forever Marilyn recreates the iconic pose of Marilyn Monroe as her white dress billowed above a subway grate on the corner of Lexington Avenue and 52nd Street at 1am on the morning of September 15th, 1954 while filming a scene for The Seven Year Itch. Over one hundred male photographers were on hand, which took fourteen takes to complete (later that year, the scene was re-shot on the Fox Studio lot in California). There were also thousands of spectators who cheered loudly whenever her skirt rocketed skyward.

Her husband at the time, Yankee baseball legend Joe DiMaggio, stormed off the set in a rage after witnessing the spectacle which later led to a violent confrontation in their hotel room. Marilyn filed for divorce after she returned to California.

Forever Marilyn was last in Palm Springs from 2012 to 2014. It was such a hit with tourists that it was purchased for $1 million in 2020 by P.S. Resorts, an organization of hoteliers and tourism stakeholders in the Palm Springs area. The statue toured America and Australia, but will now be permanently displayed on Museum Way just east of the Palm Springs Art Museum.

Note: The William Travilla white dress worn by Marilyn in The Seven Year Itch was auctioned in 2011 for $4.6 million. 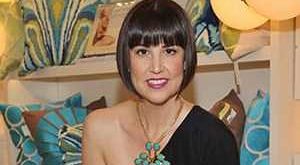