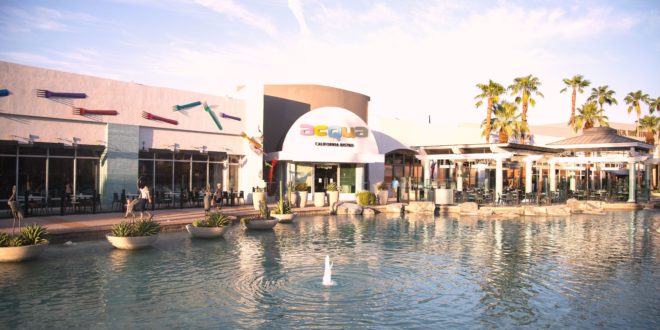 “Broadway at The River” Returns This Month to Ranch Mirage! 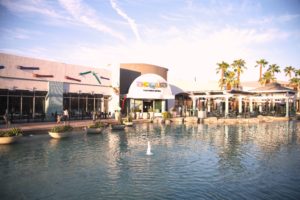 New York City a little too far to trek to see a show this summer? You’re in luck!

Acqua California Bistro and David Green’s Musical Theater University are thrilled to announce that “Broadway at The River” will return at the end of the month with a five-week run in Rancho Mirage. This is the encore to a four-show series that sold out every performance in July.

“We’re so grateful for the community support that made “Broadway at The River” a huge success this summer and we look forward to delighting even more audiences with performances from the students and alumni of Musical Theater University,” said MTU director David Green. “The commitment to excellence from our cast and the support given to us from our “Broadway friends” made this series very special.” The July series featured guest performances from Broadway theater stars including Davis Gaines from Phantom, Janene Lovullo from Cats and Les Mis, Alix Korey who starred in Chicago and Fiddler, and Eric Kunze of Miss Saigon and Les Mis.

The new line-up of “Broadway friends” for August and September includes:

Doors open at Acqua’s River Room at 5pm, and the show begins at 6pm. 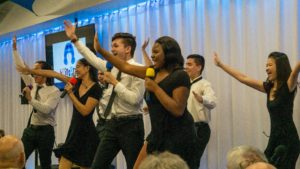 “Broadway at The River” is a two and one-half hour dinner theater show (with intermissions) featuring the students of Musical Theater University performing as “singing waiters” and as the cast of a Broadway-themed song and dance revue. A guest performance from a rotating cast of Broadway stars caps the show.

Tickets are on sale now for all dates and are just $45 for the show and a three- course meal, including tax and gratuity. Reservations can be made by calling Acqua at 760- 862-9800.

“’Broadway at The River’ was a huge summer success,” said Acqua founder Jerry Keller. “We’re proud to support Musical Theater University and their student actors from across the Valley and David Green’s passion to introduce these kids to theater. It’s terrific fun for everyone.”

Acqua is open daily from 8am to 9pm, with later hours on weekends, and is located at The River in Rancho Mirage, at 71-800 Highway 111. Reservations can be made by calling 760-862-9800, or visiting Acqua’s: http://acquaranchomirage.com

Kate Buckley is a brand strategist, premium domain broker and consultant, interviewer, storyteller, visual artist, and award-winning poet & writer. She’s worked in media and marketing since 1997, holds an MFA in Creative Writing, and is the author of A Wild Region (Moon Tide Press) and Follow Me Down (Tebot Bach). A four-time Pushcart Prize nominee, her awards include a Gabeheart Prize and the North American Review’s James Hearst Poetry Prize. She was most recently shortlisted for the Bridport Prize. A ninth-generation Kentuckian, she’s made her home in Southern California since 1998.
Previous Award-Winning Chef Johannes Bacher Returns to His Eponymous Palm Springs Restaurant!
Next 2019 Palm Springs Pride Honors Awards Recipients Announced: Community Members Making a Difference