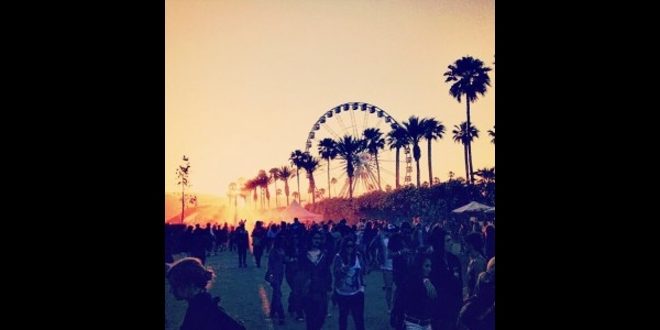 Missed this year’s Coachella? Or went to a weekend (or both!) and want to relive the memories? For this PalmSprings.com Spotlight, I’ve put together a retrospective on the event, including a #Coachella2016 gallery for your viewing pleasure! XOKate

This year’s Coachella Valley Music and Arts Festival took place April 15 – 17 and April 22 – 24, 2016 at the Empire Polo Club in Indio, California. Along with headliners Guns N’ Roses (staging a highly publicized reunion—the first show for the band since 1993 with co-founders Axl Rose and Slash), LCD Soundsystem, and Calvin Harris, 160 artists performed across multiple stages at this year’s event, now in its 17th year (Coachella started in 1999, and has been running consecutively since 2001). This year’s lineup—arguably, its most diverse to date—also featured Ellie Goulding, Sufjan Stevens, Jack Ü, Ice Cube, A$AP Rocky, CHVRCHES, Sia, Major Lazer, Flume, Courtney Barnett and Lord Huron, among many others.

As always, the event featured multiple musical genres, and eclectic art installations and sculpture—most of them interactive. The two weekends also showcased a plethora of games and activities, from a three legged race to dodgeball, as well as shopping. And we’re not talking a little soiree here—in 2015, Coachella sold 198,000 tickets and grossed over $84 million in ticket sales (which does not begin to include merchandise, food and beverage sales), making it the top-grossing festival of the year, and breaking their 2014 record.  All of which is very, very good for Palm Springs and the Coachella Valley. According to a 2012 economic impact study commissioned by festival producer, Goldenvoice (a division of AEG Live), Coachella Fest brought $254.4 million to the Coachella Valley that year; of that total, the City of Indio received $89.2 million in consumer spending and $1.4 million in tax revenue. That’s an incredible impact on the region!

Some noteworthy news emerged from #Coachella2016:  A more sonically diverse lineup than previous years; More women prominently featured in the lineup; The diversity continued with Country music phenom, Chris Stapleton—who played not only Coachella, but will also feature at sister event, the Stagecoach Country Music Festival; 2016’s Fest is the first time since 2013 without a hip-hop headliner.

During the second weekend of the festival, another artist was there in spirit.  With the untimely and mysterious death of beloved pop icon, Prince Rogers Nelson, just days before, tributes were everywhere—from shrines to musical tributes from the headliners, purple reigned supreme.

As always, fashion took the stage as well, with Instagram It Girls leading the pack, Twitter picking up the pace (there were 3.8M Tweets about Coachella during its first weekend), and fashion bloggers having a field day. And don’t forget Snapchat! Retailers took full advantage as well—many monetizing items featured via Snapchat and Instagram feeds. InternetRetailer.com reported that Revolve Clothing paired with delivery service Postmates to quickly deliver items featured on its Snapchat story and Instagram feed during Coachella Fest to shoppers in six markets. Those markets eligible for delivery in an hour or less included: New York City, Dallas, Los Angeles, Orange County, Palm Springs, and San Francisco.

Speaking of fashion, I’ve curated some social media moments that, for me, sum up this year’s #CoachellaFest:

Kate Buckley is a brand strategist, premium domain broker and consultant, interviewer, storyteller, visual artist, and award-winning poet & writer. She’s worked in media and marketing since 1997, holds an MFA in Creative Writing, and is the author of A Wild Region (Moon Tide Press) and Follow Me Down (Tebot Bach). A four-time Pushcart Prize nominee, her awards include a Gabeheart Prize and the North American Review’s James Hearst Poetry Prize. She was most recently shortlisted for the Bridport Prize. A ninth-generation Kentuckian, she’s made her home in Southern California since 1998.
Previous PalmSprings.com Spotlight: An Interview with Designer Troy Bankord
Next PalmSprings.com Spotlight: Our Top Ten List to Prepare Your Home for Time Away