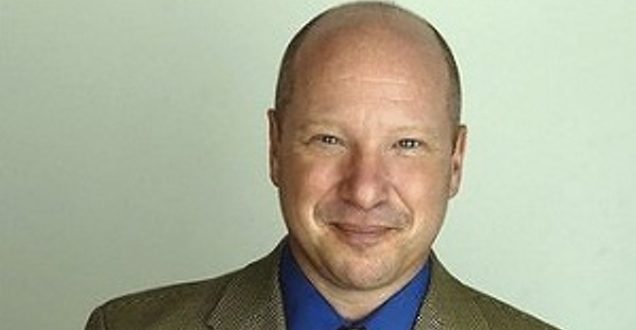 Sanctuary Palm Springs (SPS), the first of its kind home for LGBTQ foster youth and their allies in the Coachella Valley, is pleased to announce that Rob Woronoff, a nationally-recognized expert on the needs of LGBTQ foster youth, has been appointed as the new Executive Director for the organization. The Executive Director (ED) of Sanctuary Palm Springs reports directly to the Board of Directors and will have overall strategic and operational responsibility for the SPS staff, programs, expansion, and execution of its mission.

Rob has worked with and on behalf of LGBTQ children, youth, and families for nearly 30 years. A few of the positions Rob has held include several years as the National Director of LGBTQ Services with the Child Welfare League of America (CWLA) in Washington, DC, where he  led national efforts to strengthen the capacity of America’s child welfare system to deal equitably and competently with LGBTQ youth and families; the director of the Putting Pride into Practice Project, a project designed to improve services for LGBTQ foster youth in several counties throughout California; and as director of LGBTQ Services and Peer Programs at The Home for Little Wanderers in Boston, Rob developed several adolescent programs including New England’s first group home for LGBTQ youth.

Rob was co-chair of the LGBTQ training sub-committee of the Federal Advisory Committee on Juvenile Justice, and served on the Administration and Staffing Committee of the California Board of State and Community Corrections, as well as on advisory boards for the HRC Foundation, National CASA, the American Bar Association, the Tides Foundation, Foster More, and others. Rob was the principal author of Out of the Margins: A Report on Regional Listening Forums Highlighting the Experiences of LGBTQ Youth in Care, served as co-editor of the first LGBTQ special edition of the journal Child Welfare, was a consulting editor on the ACLU’s publication Too High a Price: The Case Against Restricting Gay Parenting, and has authored numerous published articles on supportive care for LGBTQ youth.

Rob has delivered presentations and speeches at more than 100 conferences and has provided training to thousands of social workers, foster parents, attorneys, law enforcement and corrections officials, medical and mental health professionals, and other advocates for children and families throughout the country. Rob holds a Bachelor of Fine Arts degree from the Drama School at Carnegie-Mellon University and a Master of Science degree in Human Services Program Development from the University of Massachusetts. He wrote and produced the documentary short film Tyler/Berdie about a gay foster child and his supportive foster mother, and was a consulting producer on the Emmy-nominated documentary Transformation about transgender youth for MTV. Rob was a licensed foster parent through Child and Family Services Agency in Washington, DC.

SPS Co-Founder David Rothmiller added: “An important role for any E.D. is media communications. Rob Woronoff comes to SPS completely media-ready. His work has been featured in Time, The Advocate, CNN, and USA Today (among others). He has appeared as a featured expert addressing adoption by LGBT parents on National Public Radio’s On Point and Talk of the Nation.”

At Sanctuary Palm Springs, LGBTQ foster youth ages 18-21 live in a beautiful home, are provided respect and support, work at least 80 hours per month, go to college or vocational school or study for the GED, and with the help of dedicated staff and volunteers, gain the life skills needed to be productive and successful members of society. Visit sanctuarypalmsprings.org for more information.

Kate Buckley is a brand strategist, premium domain broker and consultant, interviewer, storyteller, visual artist, and award-winning poet & writer. She’s worked in media and marketing since 1997, holds an MFA in Creative Writing, and is the author of A Wild Region (Moon Tide Press) and Follow Me Down (Tebot Bach). A four-time Pushcart Prize nominee, her awards include a Gabeheart Prize and the North American Review’s James Hearst Poetry Prize. She was most recently shortlisted for the Bridport Prize. A ninth-generation Kentuckian, she’s made her home in Southern California since 1998.
Previous Covered Wagon Tours
Next Palm Springs Aerial Tramway Reopens