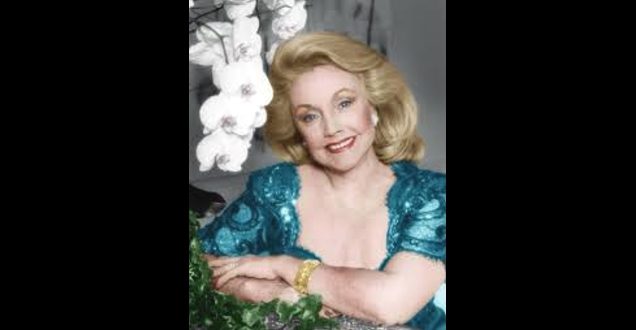 Peggy Cravens is a former child singing star who today works tirelessly to provide young people a chance to succeed. This champion fundraiser has established a legacy of giving. In addition to co-founding ACT for MS and reviving the internationally renowned Joanna Hodges Piano Competition, Peggy has served on numerous boards, including the Palm Springs Art Museum and the College of the Desert Foundation, where she is also a past president. She and her late husband, Donald, donated $3.5 million to COD for a Student Services Center. In 2002 the Desert Sun named Peggy as one of 75 residents making a significant impact on the Coachella Valley. Palm Springs Life named Peggy one of the 20 most dynamic women in the desert in 2005.

On Friday, January 30, 2015, the Women Leaders Forum of the Coachella Valley will present Peggy with its highest honor, the “Mary T. Roche Community Leadership Award” at their 2015 Women Who Rule! Awards Luncheon and Scholarship Fundraiser. On Friday evening, February 6, 2015, the Palm Springs Opera Guild of the Desert will honor Peggy Cravens at the Agua Caliente Casino Resort & Spa.

Kate Buckley: Peggy, were introduced by our mutual friend, Amy Blaisdell, and I certainly see why she recommended you as an interviewee. You do so much for the Palm Springs community though your philanthropic efforts with the College of the Desert, the Palm Springs Art Museum, the Opera Guild of the Desert, and ACT for MS and so much more. How did you come to be involved in philanthropy?

Peggy Cravens: When I married my first husband—who was a major mover on Wall Street—I gave up my theatrical career to concentrate on being a “corporate wife,” which meant it was important to become involved with charitable endeavors. I was fortunate enough to have a wonderful friend in NYC who was very important in the social scene there.  She took me by the hand and brought me on to four of the most important charity boards in Manhattan, namely The Society of Memorial Sloan-Kettering Cancer Center, The Museum of the City of New York, The Metropolitan Opera Guild, and The Musicians Emergency Fund.  I was in the hands of a past-master at fundraising who mentored me all the way.  Also, it was important to my husband and me to feel we were “giving back” to the city we both so dearly loved.

KB: Which current cause would you say is nearest and dearest to your heart and why?

PC: Needless to say, the charities I’m involved with are ALL important to me, for a variety of different reasons. I have always been keenly interested in education, things pertaining to medicine and, of course, MUSIC.  That certainly explains my deep and abiding love for the Virginia Waring International Piano Competition, College of the Desert and ACT for MS.

KB: Peggy, you’re originally from the East Coast. What prompted your move to Greater Palm Springs?

PC: Though we lived on the East Coast, neither my first husband nor I liked Florida. He had business associates who had homes here in the Desert, so we started coming to the Desert in 1971, and the rest is history. I then moved here permanently in 1988 when it became necessary to put my husband in The Carlotta Nursing Home, due to his severe Alzheimer’s Disease.  There was no way I would have him in a nursing home in NYC, especially during the winter months when he could not be taken out because of the cold weather.  Most important of all, he LOVED the desert and the mountains, so I knew this was the right place for him. Ultimately, I brought my Mother to the Carlotta as well.  For a time, I had both husband and mother there simultaneously.

KB: In addition to your philanthropic background, you have a fascinating history in show business. An award winning singer, you appeared on stage and in supper clubs, and on television under the stage name Peggy Willard. And even sang with the Ray Charles Singers on “Perry Como’s Kraft Music Hall” TV show in the early 1960s! Is theater still a part of your life in Palm Springs?

PC: YES! I’m very supportive of the Palm Springs Opera Guild, Friends of the LA Philharmonic, and The McCallum Theatre, as well as a fine local theatre group called the CV Repertory Group.  I do not perform any more, but will sing a song or two at a private party of my friends…when asked.

KB: You also helped revive a local piano competition, along with the late Virginia Waring (wife of the late Fred Waring).

PC: Yes, indeed. It’s now called The Virgina Waring International Piano Competition, and we’re having our Jr. & Intermediate Competition starting on March 29th at the Indian Wells Theatre in Palm Desert.  The final Winners Concert is on Monday, April 6that The McCallum Theatre with a full Orchestra.  We have Contestants coming from 13 different countries—as well as Canada and the US—41 Contestants in all!

KB: The College of the Desert named the Student Services Center at the college the Donald and Peggy Cravens Student Center after you and your second husband, the photojournalist Donald Cravens (pictured with Peggy at right), donated $3.5 million to the school in order to enhance student campus life. To date, it is the largest individual gift in the school’s history! What prompted you and your late husband to bestow such a generous donation, and why to the College of the Desert?

PC: COD is one of the finest Community Colleges anywhere.  Both Don and I always believed it’s critical that a good education be available to every youngster at a cost that’s affordable.  Our fine Community College is not only affordable, but allows students to earn a degree AND stay here in the Desert to put their training to immediate use.  College of the Desert is also “the incubator” for the Cal State San Bernardino campus in Palm Desert, as many of the COD students matriculate there, completing their 4-year degrees.

KB: You have two major upcoming philanthropic honors—On Friday, January 30, 2015, the Women Leaders Forum of the Coachella Valley will present you with its highest honor, the “Mary T. Roche Community Leadership Award” at their 2015 Women Who Rule! Awards Luncheon and Scholarship Fundraiser. And on Friday evening, February 6, 2015, the Palm Springs Opera Guild of the Desert will honor you at the Agua Caliente Casino Resort & Spa. Congratulations!  To date, what is the honor or award of which you’re the most proud?

PC: The distinct honor of being part of one of the most charitable and philanthropic communities in our country.

PC: A day when I can be at home with my two beautiful Cavalier King Charles “girls,” hard at work on a project I’m absorbed in. I enjoy the meetings I go to and the wonderful people I have the pleasure of working with, but it’s amazing how much work I can get done without ever leaving the house!

KB: We share a love of Cavaliers—my boy, Murphy goes with me everywhere! Peggy, what is it that you love most about Palm Springs?

PC: I’m sure I’m going to sound like I’m doing a commercial (and I did many when I was in New York!), but truth is there’s so much to love about being a “Desert rat,” starting with the climate, the mountains—and most of all the wonderful people I’ve met here, and now am proud to call my friends.

Kate Buckley is a brand strategist, premium domain broker and consultant, interviewer, storyteller, visual artist, and award-winning poet & writer. She’s worked in media and marketing since 1997, holds an MFA in Creative Writing, and is the author of A Wild Region (Moon Tide Press) and Follow Me Down (Tebot Bach). A four-time Pushcart Prize nominee, her awards include a Gabeheart Prize and the North American Review’s James Hearst Poetry Prize. She was most recently shortlisted for the Bridport Prize. A ninth-generation Kentuckian, she’s made her home in Southern California since 1998.
Previous The Top 3 New Year’s Resolutions from Palm Springs Movers & Shakers!
Next PalmSprings.com Spotlight: An Interview with Designer Trina Turk