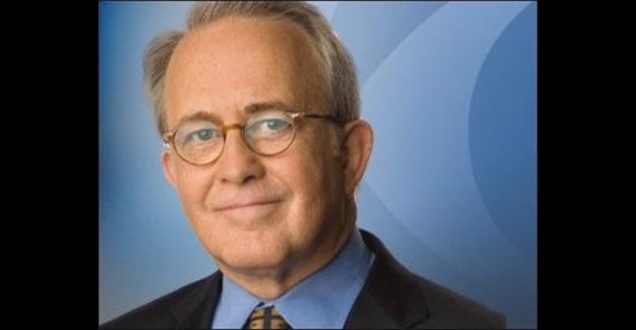 Emmy Award-winning reporter Hank Plante has covered California for three decades for TV stations in San Francisco and Los Angeles. Hank has has worked in broadcasting for stations including KPIX TV (CBS 5) in San Francisco, and in print journalism, including at The Washington Post. His awards have included several local and national Emmys, as well as the prestigious George Foster Peabody Award–broadcasting’s equivalent to the Pulitzer Prize–as part of CBS 5’s “AIDS Lifeline” reporting team. He has also been awarded the Pioneer Award at the GLAAD Media Awards, and the James R. Harrison Award from the San Francisco AIDS Foundation. He was also named “Reporter of the Year” by the Associated Press (APTRA’S “Chris Harris Award”). Hank was inducted into the Emmy Silver Circle by the National Television Academy, which honors individuals who have made a significant contribution to broadcasting. Hank’s community service has included work with the Human Rights Campaign, the Lambda Legal Defense Fund, GLAAD, Project Open Hand, and the San Francisco AIDS Foundation. Hank lives in Palm Springs with his husband, the artist Roger Groth.

Hank, you have such an impressive resume–from print to broadcast journalism, your reporting has been widely praised and honored. In fact, I understand you’ll soon receive a career achievement award in San Francisco from the Society of Professional Journalists, congratulations! Did you always know you wanted to be a journalist?

Hank Plante: I never thought I’d wind-up in the news business.  It was simply a lucky accident.

And how did you get your start in the business?

I came out of the 1960s and wanted to make the world a better place.  After college at Michigan State, I moved to Washington D.C., thinking I’d work in politics. I applied for jobs on Capitol Hill, etc., and while I was waiting to hear back I was watching my money run out.  One day, I was literally walking down the street when I found myself standing in front of The Washington Post.

I thought, “This might be fun for a while and it would pay the rent.”  I went in, applied for a job, and few days later got hired as a copyboy (think of Jimmy Olsen in Superman). I stayed for two-and-a-half years, working mostly on the City Desk, and falling in love with the news business and with news people.

Are there any stories you covered or people you interviewed that particularly resonated with you, that perhaps even made a difference in your life?

My interest in politics fit right in with my jobs as a newspaper reporter, radio reporter and TV reporter. But the work I’m proudest of was my early coverage of the AIDS epidemic. I was working for TV stations in Los Angeles and then San Francisco when AIDS began. It hit my friends hard, and like so many I needed a way to help. So I became one of the first reporters in America to cover AIDS on a regular basis. It made me feel like I was making a contribution to the battle.  Our AIDS reporting team at KPIX TV (CBS) in San Francisco was awarded with two national Emmys and the George Foster Peabody Award, broadcasting’s equivalent of the Pulitzer Prize.  To this day, it’s the work that I’m most proud of.

Hank, you recently retired from KPIX-TV in San Francisco as their political reporter. I imagine you could have moved anywhere; what is it about Palm Springs that led you and Roger to make your home here?

Palm Springs is much more vibrant than it was when we bought our house nearly 11 years ago. The Uptown Design District is becoming one of the hippest neighborhoods in the country. The demographics are also changing. The city’s renaissance was fueled by gay and lesbian people with good taste and disposable income, but now we’re also seeing more young, straight people buying properties here, investing and vacationing here.

How have you seen Palm Springs change since you’ve become a full-time resident? What projects or trends are you most excited about for the future of Palm Springs?

As for the future of Palm Springs, the city is on a roll: there are 76 million baby boomers in the U.S., the first of whom started turning 65 last year. They’re also the first generation with 401(k) money. They’re not going to stay in boring cities for their retirement years:  they’re going to sell their properties, take their retirement money, and live in hip, desirable, manageable towns like ours.  That’s why we invested here (buying a home), and we’re not alone.  It’s just the beginning of that wave.

Hank, I know you’re active in the Palm Springs community and in civic matters–in fact, you’ve been an outspoken proponent of the Downtown Revitalization Plan. And, you’ve just been named Grand Marshall of the upcoming Palm Springs Gay Pride Parade–how fun! What causes are you most passionate about and why?

And then there’s Measure J: Palm Springs residents bucked the anti-tax, Tea Party tide and voted overwhelmingly to increase the sales tax to re-do our city.  Passing that measure made us the envy of other cities everywhere whose residents won’t spend what it takes to revitalize their towns.  I think Palm Springs will be a model in how public-private partnerships can work successfully.

You also write columns about the progress of Palm Springs and other issues for the SF Examiner and The Desert Sun. It doesn’t sound like you’re very good at being retired! When you’re not writing or working on civic projects, how do you and Roger spend a typical weekend in Palm Springs?

Being “retired” doesn’t mean what it used to mean, certainly not for people like me.  I don’t miss the breakneck pace of daily TV news, but I do like using my journalistic skills to write occasional columns about issues that ignite my passion.  This keeps me engaged, and helps me make a contribution to our community.

Roger and I were married at Palm Springs City Hall.  We chose that venue because we knew it would always have wonderful memories for us.  He’s an accomplished artist and graphic designer and he continues to paint.  I write a few columns.  And other than that we like hanging out at home, seeing a few friends, taking walks, going on weekend getaways to San Francisco or Los Angeles, and visiting our favorite restaurants:  Manhattan in the Desert, Sherman’s, Tyler’s and Spencers.

Hank Plante, what is it that you most love about Palm Springs?

What we love most about Palm Springs is our house, with its indoor-outdoor living.  What we also love is the serenity of the city’s setting, with the mountains and palm trees, and the quiet pace of life here. A former mayor of San Francisco told me, “When you’re retired, every night is Friday night.” I’m finally learning exactly what he meant.

Thanks for talking with me, Hank. It was an honor to learn more about you and your story–you’re truly a credit to your profession, and to Palm Springs.

Kate Buckley is a brand strategist, premium domain broker and consultant, interviewer, storyteller, visual artist, and award-winning poet & writer. She’s worked in media and marketing since 1997, holds an MFA in Creative Writing, and is the author of A Wild Region (Moon Tide Press) and Follow Me Down (Tebot Bach). A four-time Pushcart Prize nominee, her awards include a Gabeheart Prize and the North American Review’s James Hearst Poetry Prize. She was most recently shortlisted for the Bridport Prize. A ninth-generation Kentuckian, she’s made her home in Southern California since 1998.
Previous PalmSprings.com Spotlight: An Interview with Josh Herman
Next PalmSprings.com Spotlight: Le Vallauris