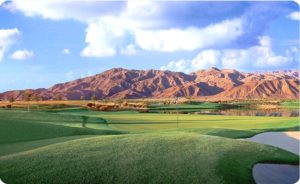 Set at the base of the majestic Santa Rosa Mountains of La Quinta, the Trilogy Golf Club at La Quinta 18-hole championship Southern California golf course is a Gary Panks design that insures challenge and reward for players of all skill levels.

At just under 6,900 yards from the championship tees, The Trilogy Golf Club at La Quinta offers challenge and enjoyment for all skill levels. The five sets of tees assure a course length that will fit your game!

The Trilogy Golf Club at La Quinta has been tested and tried by professional golf players including Tiger Woods, Phil Mickelson, Fred Couples, Adam Scott, Annika Sorenstam and Mark O’Meara, as the home of the 2003, 2004, 2005, and the 2006 PGA Tour SKINS GAME events.

Several sets of tee boxes, including the Skins tees that play at nearly 7,200 yards, provide a length that is just right for your golf game. Dramatic water features and sand perils complement the golf course fairways, leading to the rolling greens. The natural California desert landscape of the surrounding Coachella Valley creates a boundary of play both beautiful and daunting.

The Trilogy Golf Club at La Quinta opened for play in 2002 in the ever-beautiful and ever-developing City of La Quinta, which is located in the eastern half of Southern California’s Coachella Valley. 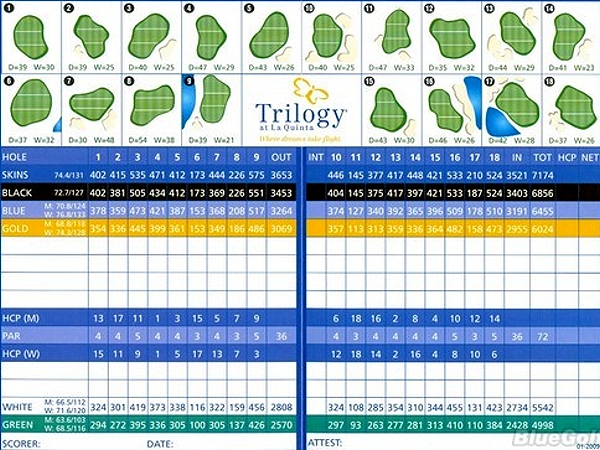 Back to Palm Springs Golf Homepage