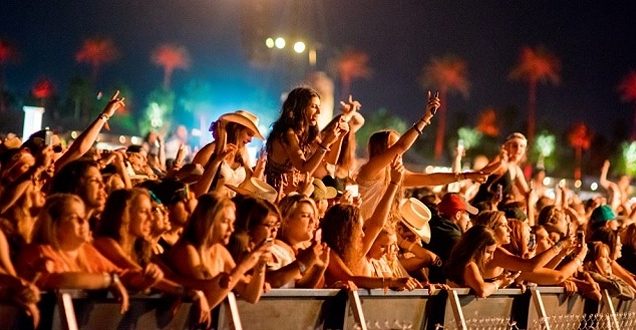 Pre-Stagecoach Party at Jackalope Ranch + the Stagecoach Lineup for this Weekend!

Now that Coachella 2017 is in the rearview mirror, gear up for Stagecoach Country Music Festival (April 26 – 28), also at the Empire Polo Club grounds in Indio, CA. If you’re not familiar with Stagecoach festival, it’s a power-charged blend of country, alt-country, classic rock, and more.

Can’t wait for this weekend? Jackalope Ranch is getting into the spirit with their annual pre-Stagecoach celebration and the annual Country Cares for Kids and Variety Children’s Charity of the Desert.

This open-air event on the property is an annual favorite. Free grounds-only general admission includes the viewing behind the VIP section and the wristband drawing. Food and beverages are sold separately in the general admission area.

VIP tickets are $55 including tax and gratuity. The tickets include early VIP check-in at 4:30 p.m.; table seating, BBQ buffet dinner and cash bar. There will be a drawing for Stagecoach wristbands sponsored by BIG 106 FM. Winners must be 18 or older and must be present to win.

Dylan Scott debuted in 2013 with “Makin’ This Boy Go Crazy”. He saw his career rise with follow-up release “Mmm, Mmm, Mmm” in 2014 and his eponymously named debut album, Dylan Scott, debuted at No. 5 on Billboard’s Top Country Music Charts.

Jackalope Ranch brings out their famous BBQ Brunch Buffet at 9 a.m with some of country’s hottest artists. The intimate acoustic performances are scheduled at 11 a.m., and a live auction featuring signed guitars and other prizes. Proceeds from the event will benefit Peyton’s Project and Variety Children’s Charities in the Coachella Valley.

Morris was named as the 2017 Female Vocalist of the Year on the Academy of Country Music awards. She is the 2016 CMA New Artist of the Year and was nominated as Best New Artist at the 59th Annual Grammy Awards where her debut album “My Church” won the Best Country Solo Performance.

Tucker Beathard has country music in his blood as the son of Casey Beathard. A relative newcomer to the country music charts. “Rock On,” his debut single hit No. 2 on the Country Airplay chart in October 2016. His debut EP Fight Like Hell was also release that October.

This is the second year that Jackalope Ranch has teamed with Peyton’s Project, benefitting children with Duchenne’s Muscular Dystrophy (DMD), in hosting events to assist in its quest to end the disease that almost totally affects starting as young boys.

Peyton’s Project is named for Peyton Marquez, the son of Bonnie and Ethan Marquez, who is affected by DMD. Bonnie is Director of Marketing for Goldenvoice, producers of Coachella Music and Arts Festival and Stagecoach, California’s Country Music Festival. She and her husband founded Peyton’s Project to find a cure for DMD and to provide power-tracked wheelchairs for those with disease so that they can enjoy outdoor activities.

The award-winning Jackalope Ranch in Indio, is the Coachella Valley’s premier barbeque destination restaurant with beautifully landscaped grounds on the six acre property that is available for weddings and other events, and is located at 80400 Highway 111.

Kate Buckley is a brand strategist, premium domain broker and consultant, interviewer, storyteller, visual artist, and award-winning poet & writer. She’s worked in media and marketing since 1997, holds an MFA in Creative Writing, and is the author of A Wild Region (Moon Tide Press) and Follow Me Down (Tebot Bach). A four-time Pushcart Prize nominee, her awards include a Gabeheart Prize and the North American Review’s James Hearst Poetry Prize. She was most recently shortlisted for the Bridport Prize. A ninth-generation Kentuckian, she’s made her home in Southern California since 1998.
Previous Don’t Miss the Last Few Weeks of Desert X—Closing April 30, 2017
Next Mark Your Calendars: Comic Con Palm Springs Returns this Year, August 25 – 27, 2017